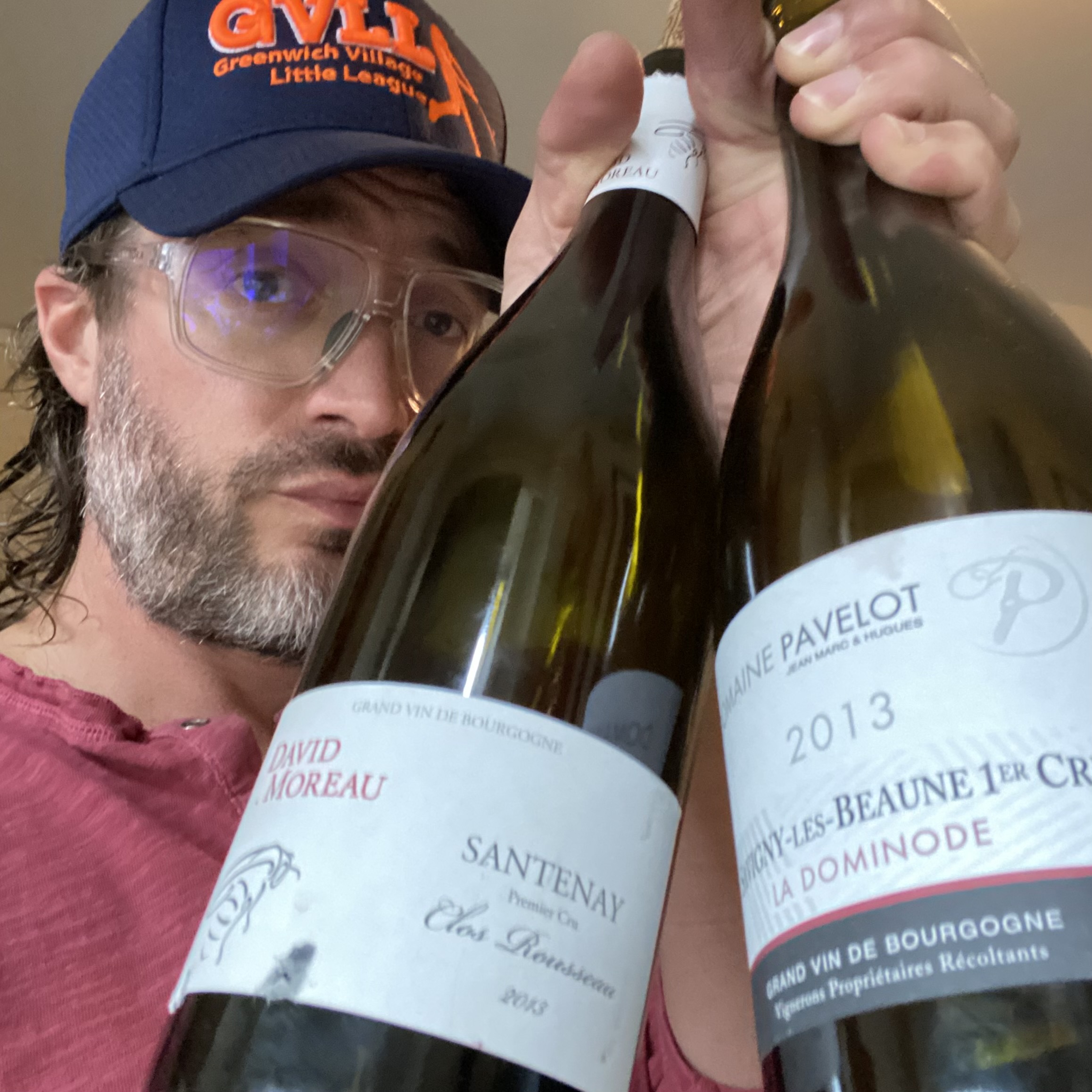 The red wine bug has been coming at me hard over the last few weeks.

So, naturally, among all the other 'Fall Reds' I've been searching out, finding a great glass of red Burgundy that's just entering its drinking window at a great price is always a bonus.

2013 is one of those vintages that didn't quite set the world ablaze upon release, though, here we are some six years after they hit the market, and many of them are really starting to sing.

Long an 'insider' producer, Jean Marc Pavelot quietly produces some of the most meaningful wines in Savigny les Beaune.  They age beautifully, and they're still very fairly priced, especially for what they deliver.

The Savigny les Beaune 1er Cru La Dominode 2013 is still on the way up, but with some good breathing, its tightly wound core blossoms, allowing all of the wonderful, rosy/earthy nuance to emerge.  It sits on the darker side of the Pinot Noir spectrum, with those lovely baking spice-y hints interwoven throughout.  The whole thing suspended over an angular, mineral backbone.  It's delicious now, and it's going to keep getting better.

Then we have the Santenay 1er Cru Clos Rousseau 2013 from David Moreau, which is firmly into its prime time slot at this point.  This is a darker, sterner expression that quickly softens as it expands across the palate, allowing for the beautifully earthy and mineral dense dark fruits to fully express themselves.

The finish is broad and elegant and deeply stony.