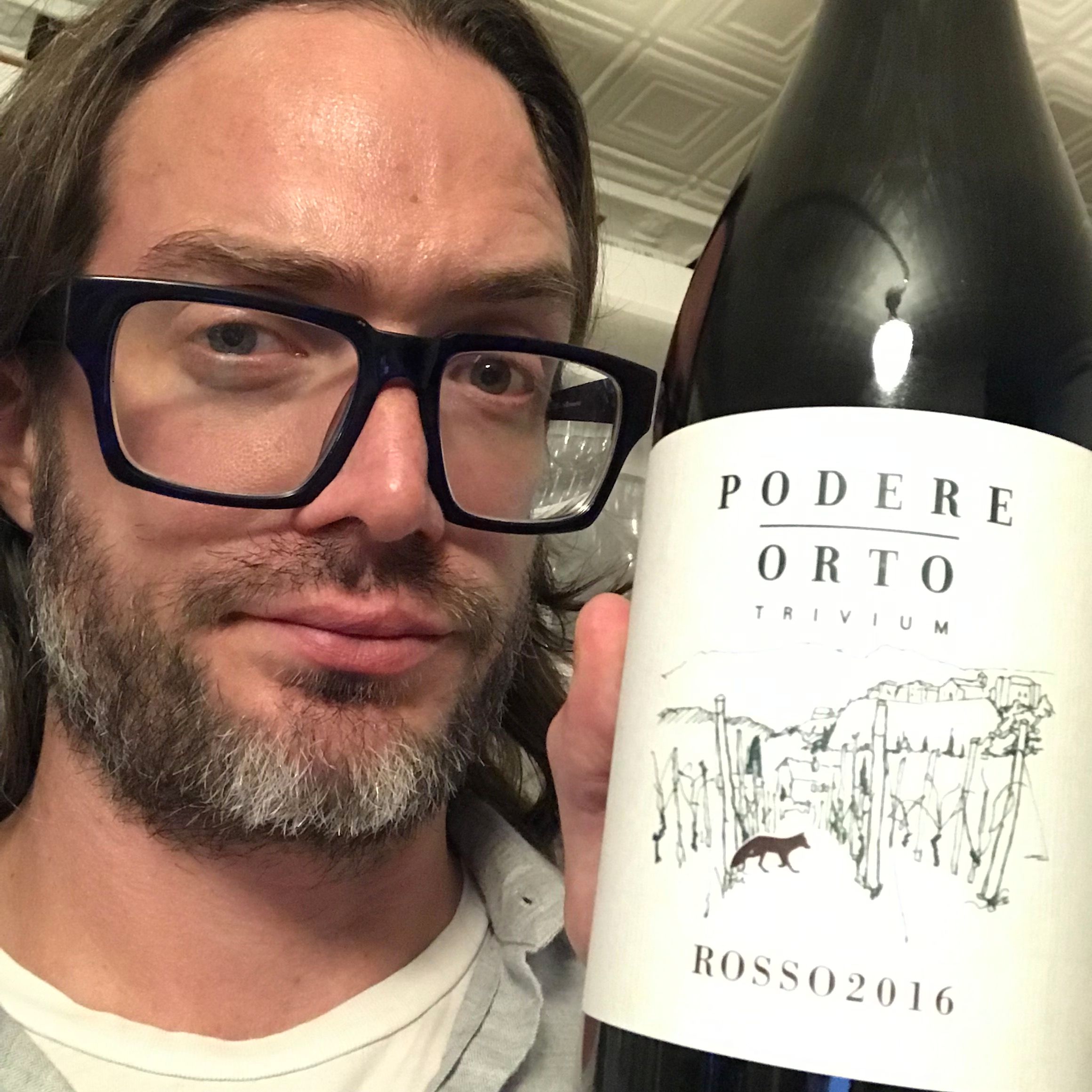 Podere Orto, in the Tuscia zone of Lazio, which lies within what is also referred to as the Trivium, where Lazio, Umbria and Tuscany intersect, produces wines made of some of the more obscure Italian varietals (Sangiovese notwithstanding, obviously) that you'll encounter.

The makeup of their white wine alone (Procanico, Moscato Bianco, Verdello, Romanesco, Roscetto, Greco, Grechetto, Malavasia Toscana, Malvasia del Lazio) is enough to send the more Italo-centric among us to a search engine.

Obscurity of home and components aside, though, the wines are really fabulous.

I'm especially fond of their red, the Trivium Rosso 2016, a blend of Sangiovese, Grecco Nero and Cilegiolo.

(Greco Nero is a biotype of Sangiovese.  I won't use precious verbiage here to explain what that means, but just in case you're wondering...)

When I first tasted it this wine, it back in February or March, it was the 2015 vintage.

I was quite impressed, to say the least.  It had a wonderfully leaf-y/forest floor thing going on underneath an incredibly soft and textured dark, savory fruit.

It was somewhat reminiscent of a Chianti in certain ways, but it had more of a country accent, if that makes any sense.

At the time, there were around twenty cases available, and I thought that it would have made for a great newsletter.

As sometimes happens, though, it got put on the back burner and by the time I got around to ordering some, it was down to just three.  So I took those on, and we hand-sold them to people walking in the door.

I brought a bottle up to the Catskills one weekend and we drank it with dinner, my gloriously indulgent Mac n' Cheese, if I remember correctly, and, being able to enjoy it over the course of a couple of hours hammered the point home even harder about just how good it was.

The soft, dark profile blossomed even further and what I really loved about it was just how 'casually complex' it was.  There was so much to revel in with each sip, but there was no urgency at all to it.  It had so much to say, but made no demands while it did.

I texted a picture to Josie (my rep, who most of you know by now) and said 'Boy, did I snooze on this one!'

Well, it's finally arrived, and it's quite delightful.

When you first pull the cork, it'll be kinda sprightly and bright red in personality, but with just a bit of air, that haunting, dark, leafy character begins to seep into the picture.

It's definitely more upright and energetic than the 2015, and definitely more tightly wound, but it's super transparent, which I always love, and I think that over the next few years, a lot more of that nuance is going to emerge.

As of now, it's already the front runner for my Thanksgiving table.

I'm really psyched that I didn't snooze on this one...and I think you'll be too...