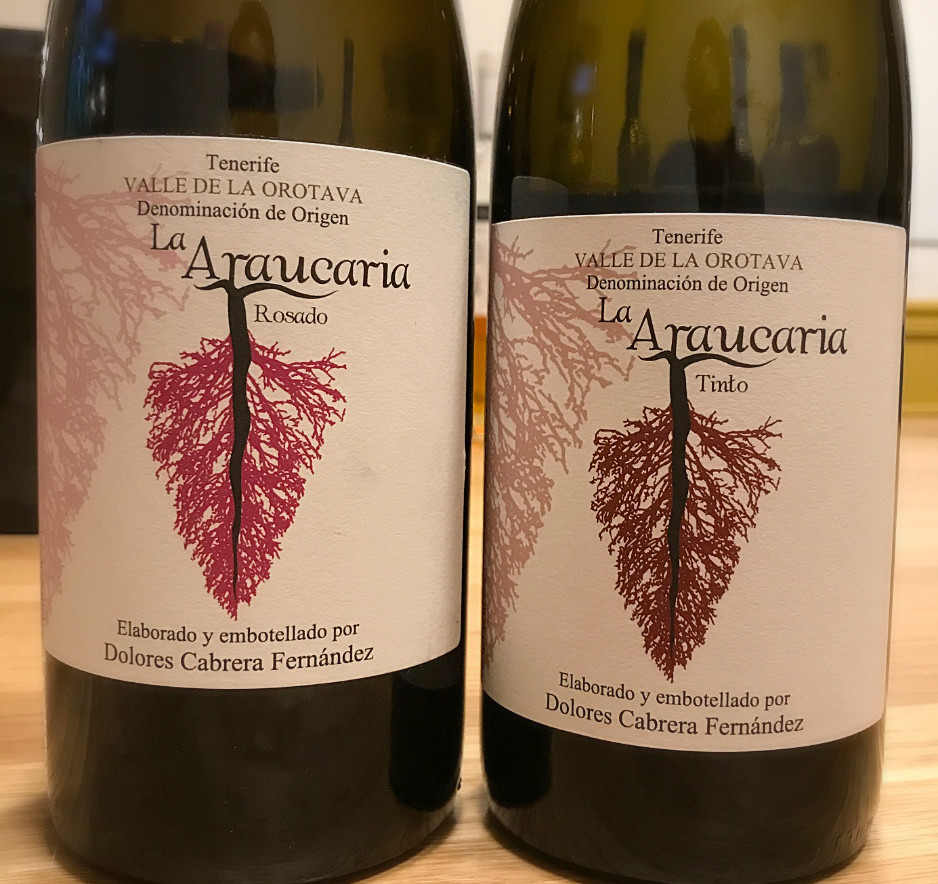 I can't believe I'm about to say this, but well, before I finish that thought, I will qualify it with a very big 'if', first...

'IF' there were a lot more of these wines available, and not the tiny amount I received (which is almost certain to decrease with each subsequent year as these wines get discovered), they very well could knock Bermejos or Ignios off their perches atop the Canary Island hierarchy here at MCF.

A month or so ago, I went to a tiny tasting for wines from the book of Jose Pastor, the man who's quickly redefining the American palate for Spanish wine, and these two beauties were the first thing on the table.  As I made my way around, tasting all manner of fabulous, micro-production wines from Spain (like Envinate), I actually found myself unable to shake these two.

It was almost (almost) as if I wasn't interested in the rest.

They were that magnetically good.

THEY were the La Araucaria Tinto and Rosado of Dolores Cabrera Fernandez, hailing from the island of Tenerife and both made of Listan Negro grape.

I can't quite figure out how to begin effectively describing these two examples of liquefied terroir.

- immensely fragrant, showing a litany of aromas that express their home
- flavor-packed, showing all the spicy, smokey and mineral-dense nuance you expect from these highly volcanic soils
- and, somewhat paradoxically, impossibly elegant

Each wine has such subtly assertive flavors wrapped in such a...feminine package, if you will.  The Rosado, with its lovely, textured pink fruits and the Tinto with its darker profile both show the same nuances, but do so...well...differently.

It's like listening to the same song with different settings on your EQ.

I'm really trying not to get too excited about these, because I really think that within a vintage or two, they will be on the 'impossible to get' list...well...actually that probably means I should get REALLY excited about them.

Even now, I'm likely going to have to cap orders, but, as always, I will do my best!