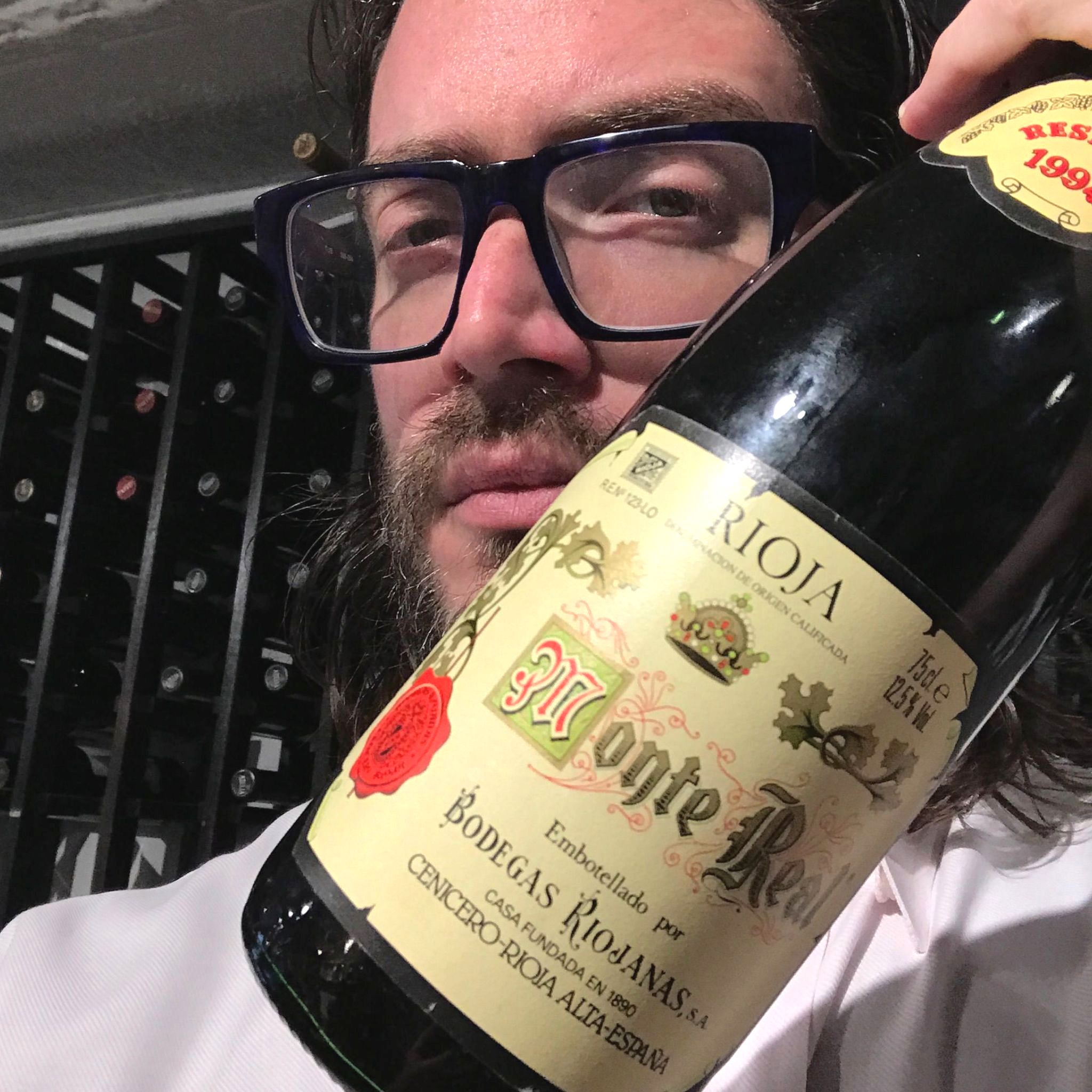 Like...the oldest of the old school for Rioja in terms of style.

When young, the wines can be a bit gritty and gruff, but, as they age, they do all sorts of beautiful things, especially develop that softer, loaded-with-nuance-but-nearly-weightless thing that makes people get all misty when discussing say Burgundy or Barolo.

But it does it in its own way, with its own distinct spirit.

YES, there are lots of similarities with mature Rioja and mature Burgundy, but Rioja has that...'Old Rioja' thing going on.

In one of my previous wine retail buyer jobs, my colleagues on the sales team would often ask me how an incoming wine tasted.

A lot of times I'd say something like 'It's good...it has that '05 thing going on', to which they'd promptly reply something along the lines of 'What the hell does that mean?'

And I'd wise-ass-edly retort 'Drink some '05s and find out!'

All joking aside, though, there are certain 'things' that I identify from certain types of wines that are so unique and specific to said wine-type, and that are also so difficult to verbalize, that all I ever use to identify them is 'that ____ thing'.

For mature, old-school Rioja it's SUPER specific, and I definitely find it really hard to communicate.  Yes, it's a combo of mature fruits, spices, wood, etc., but, for me, it's really more of a feel than a combination of tastes and textures.

(Actually, it's that way for all wine, which is why I generally detest super-specific aroma/flavor indicators, but that's another email entirely.)

If you could somehow bottle the spirit of the stereo-typically 'Spanish' ambiance (a tiny, smoky restaurant brimming with the smells of 50 different kinds of pork and cheese and old, warn-in wood tables, the guitar player sipping on a glass of something in between tunes)...you know what I mean...

Today's wine, the 1994 Reserva Monte Real from Bodegas Riojanas has that 'Old Rioja Thing' exploding out of its every molecule and, in the scope of Rioja, it's not even that old.  But, it's right where it needs to be to communicate 'Old Rioja-ness' without wandering into that territory that only a hard-core Old Rioja fan would like.

When Justin, the importer of this stash, came by to show me the 'preview' bottle (as in preview of the incoming shipment) a few weeks ago, I was mentally scattered in the way that only a retail business owner in the height of the holidays can be, but the first whiff made me momentarily forget the chaos.

After losing myself in that Old Rioja thing for a few seconds, I snapped back to the moment and all I could think to say was 'How many cases can I get?'

They finally arrived, so make this 'thing' part of your 'thing'...