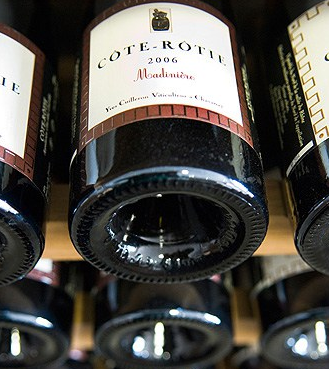 There's a lot of exciting wine on the horizon in 2018, but today we're going to start with one of the most exciting sets of wines that you could hope for, and one that I'm feeling rather giddy about - the 2015 reds and 2016 whites of Yves Cuilleron.

The Northern Rhone craze we've see over the last 5-10 years is reaching a fever pitch with the release of the 2015 and 2016 vintages, two that are already being hailed as the greatest 1-2 punch for the region since '89/'90.

In this craze, though, Cuilleron is a name that's usually left off the wine-nerd who's who list, and that's always puzzled me.

Sure, in the '90s, Yves's wines saw a lot more new oak, but in the last decade he's dialed that way back.

But, even though his whites are much more transparent (though still rich) and his reds more feral, clean and terroir-driven, that 'oaky/modern' tag has really stuck with him in the minds of some drinkers and they, rather unfortunately, dismiss his wines out of hand.

(There are many upsides to these wines being dramatically underappreciated, not the least of which is the fact that you can get as many of these beauties as you want, instead of hoping and praying for, if you're lucky, a bottle or two of one wine!)

But since I've owned this shop, his wines have always graced my shelves whenever they are
available.

And, to be honest, I've had some fully mature examples of his Cote Rotie from the 'oaky' days in the past few years and they've been stunning - blazingly bright, highly aromatic and very complex. 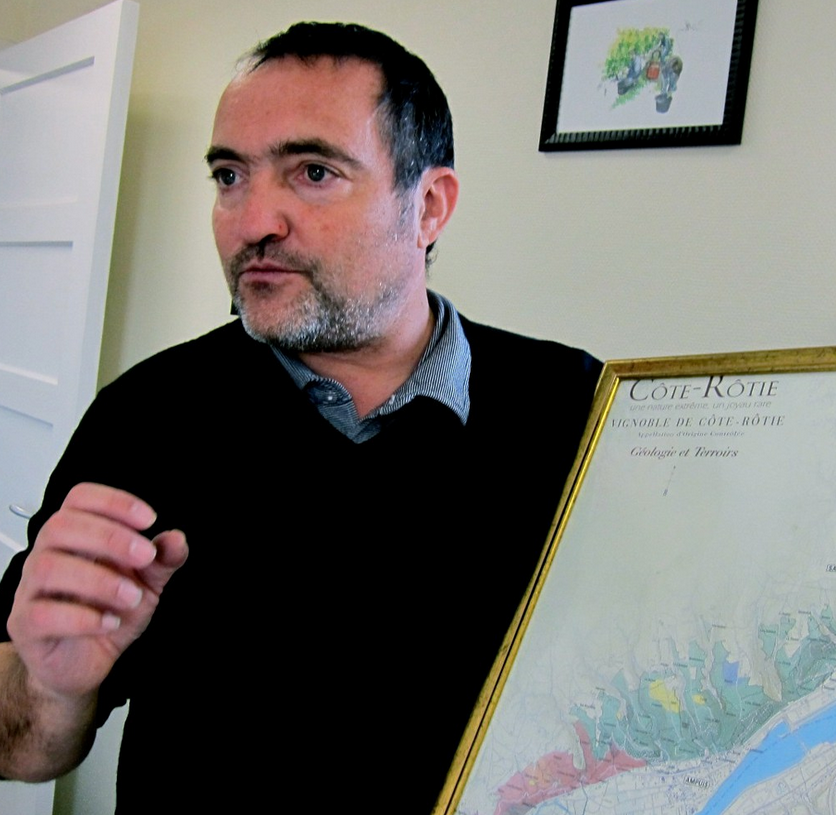 But let's focus on the now, shall we?

The nature of the Marsanne and Roussanne grapes is one of flowery richness, which Cuilleron's Saint Joseph Blancs show in spades, but they do so with great clarity and finesse.

His Condrieu are benchmarks for the appellation, showing the hugely complex, mineral and exotic nature of classic Viognier.

His haunting, savory and wildly animale reds from Saint Joseph and Cote Rotie show the true nature of proper Syrah, and do so without the either the dense, syrupy fruit that over-extracted examples can show or the ferocious tannin that super-traditional examples show in their youth.

Like I said above, the 2015 and 2016 vintages for reds are being hailed as the best back-to-back vintages in the region since '89/'90 and Cuilleron believes that the 2015 reds (with their dark, powerful richness) and 2016 whites (with their super-fine balance) are the best he's ever produced.

There are many wines in this offer and I did my best to give each wine the cheat-sheet description, but, of course, please feel free to ask questions.

These wines are just about to land with the US importer and should be available for collection/delivery within the week or two.

The Mixed 6ers and Cases (see below) are a smart way to tackle them and see what all this Northern Rhone buzz is about, but you can feel free to mix up any combo of your own as well.