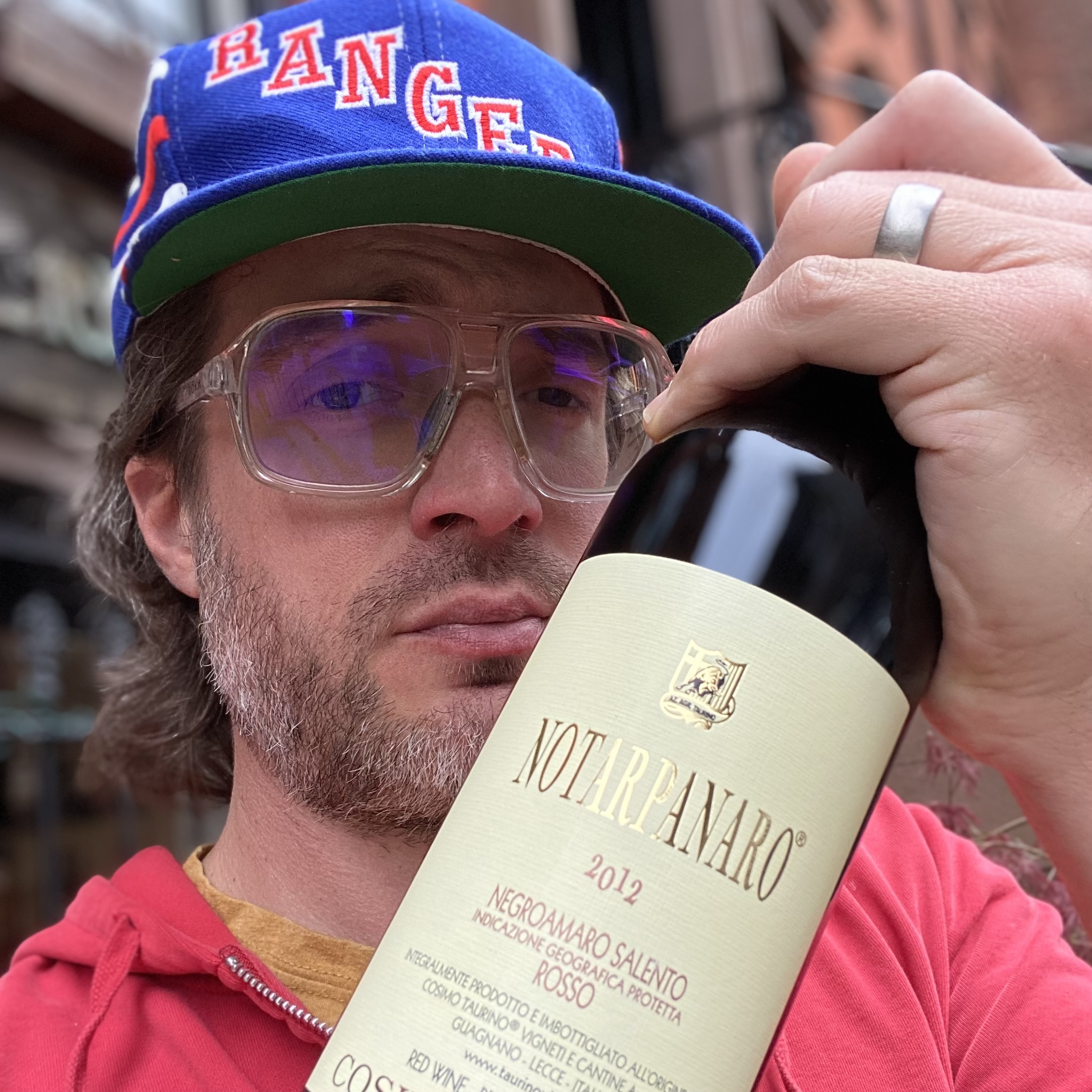 It's loaded with rustic, soulful depth and complexity.

It's got ten years of bottle age on it, is just entering its prime drinking window, and it's going nowhere quickly.

That's basically the same intro I wrote the last time I offered Cosimo Taurino's Notarpanaro, from the 2011 vintage, and I'll admit that I'm reusing it here for the 2012.

Because, while my writing style is always wildly engaging and persuasive, I know...certain times it just really clicks...

...but in this case, it's also a very concise and true way to describe how insanely good (and insanely-good-for-the-money) it really is.

Also, though, customers of mine who do routinely spend hundreds or more on bottles and send them away to storage buy it all the time because it's such a great wine, for such a great price.

It's proof of what I'm always saying that you don't have to spend a lot to enjoy the benefits of aging wine.

The other reason I love selling it is because it drives home the other point I'm always broken-record-ing - that Southern Italy is Europe's last great treasure trove of fantastic, singular grapes that, can age beautifully, especially once people start taking them seriously enough.

It's rich, earthy, leathery, rustic and has fantastic, developed fruit with a great core of minerals and structure on the finish.  This 2012 is still a bit more tightly wound than the 2011 was, but we all agreed that we think it is even better than the 2011...