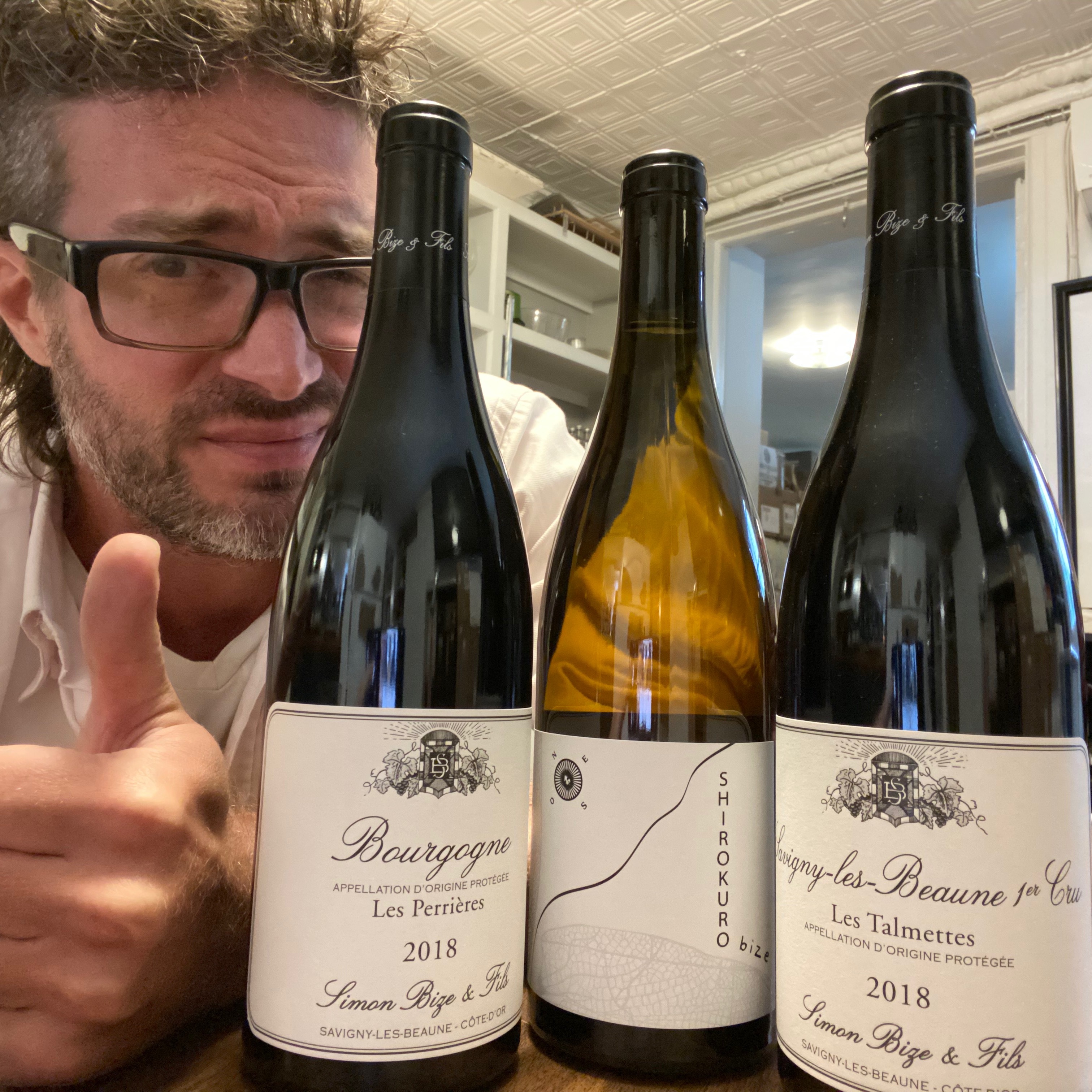 The other week, when I sent the offer for the Barthod Bourgogne (and sorry again for how fast it went), I mentioned how it was one of my all-time favorites from what I casually call the Super Bourgogne category - the range of regional-level 'Bourgogne' from certain producers that more than out-drink their designation.  They're often among the most sought-after wines from their respective producer's lineup.

One other such producer with a "Super B" (or in this case B's) in their lineup, is absolutely Domaine Simon Bize, which most of you know is one of my all time favorites.

Let's face it, though, when you have an entire set of great wines from a producer you really believe in, it doesn't make sense to only focus on a few.

So, here we are, with a wonderful lineup from the Domaine who's responsible for the Burgundy 'Ah-Ha' moment of a much younger, exponentially more wise-assed Matt Franco, some 18 years ago.

I really do want to emphasize two things -

1) The Bourgognes really are that good, even if they cost more now than the 1999 1er Cru Vergelesses did back in 2003 when it shocked me straight into love for this hallowed region.

2) In just a few vintages, Chisa Bize has taken the reigns of this gem of an estate in about as praiseworthy a fashion as could be imagined following her husband Patrick's untimely death in 2013.  Vintage after vintage of stunning wines quickly massaged away any worries about the future of Domaine Bize, and, lately she's taking the notion of Burgundy in a whole new direction with a set of more experimental natural/sans soufre wines.  What began as something she did simply for her and her team to enjoy during harvest is now reaching us here in the states, though in minuscule quantities, of course.  After observing, with much enjoyment, the way a bottle of the Savigny les Beaune Blanc de Noirs Shirokuro evolved over the course of four days last weekend, I'm officially a believer.

So, yeah, back to the Bourgognes - the Blanc Les Champlains, Blanc Les Perrieres and Rouge Les Perrieres, have always been among my favorite 'regionals' on the market.  The fresh, focused, sprightly Champlains is about as solid a glass of classic, fresh Chardonnay for the money as you'll find.

The Bourgognes Perrieres, on the other other hand, with their tension, purity and focused, mineral backbones are absolutely wonderful young.  However, those of us who've had the pleasure of having a bottle with a good 5-10 years on them (or even 20-plus for the red) will tell you that this isn't 'just some everyday quaffing wine' as most people think, but rather a serious glass of Burgundy that just happens to come from a plot with no designation to it.

Bize has always been a producer whose wines flew below the radar of most people, and especially of the critics (something that still happens to this day).  Those who 'knew' were more than happy to quietly take what they could get and let them mature into brilliance.

Even though they've slowly been 'discovered' over the years by an ever more ravenous worldwide demand for Burgundy, they still represent some of the best bang for your buck in my opinion.

With the stunning work that Chisa is doing across the board, and I expect the demand for these to rise even more.

So, come for the Bourgognes, but stay for the villages and 1ers Crus...you won't regret it...