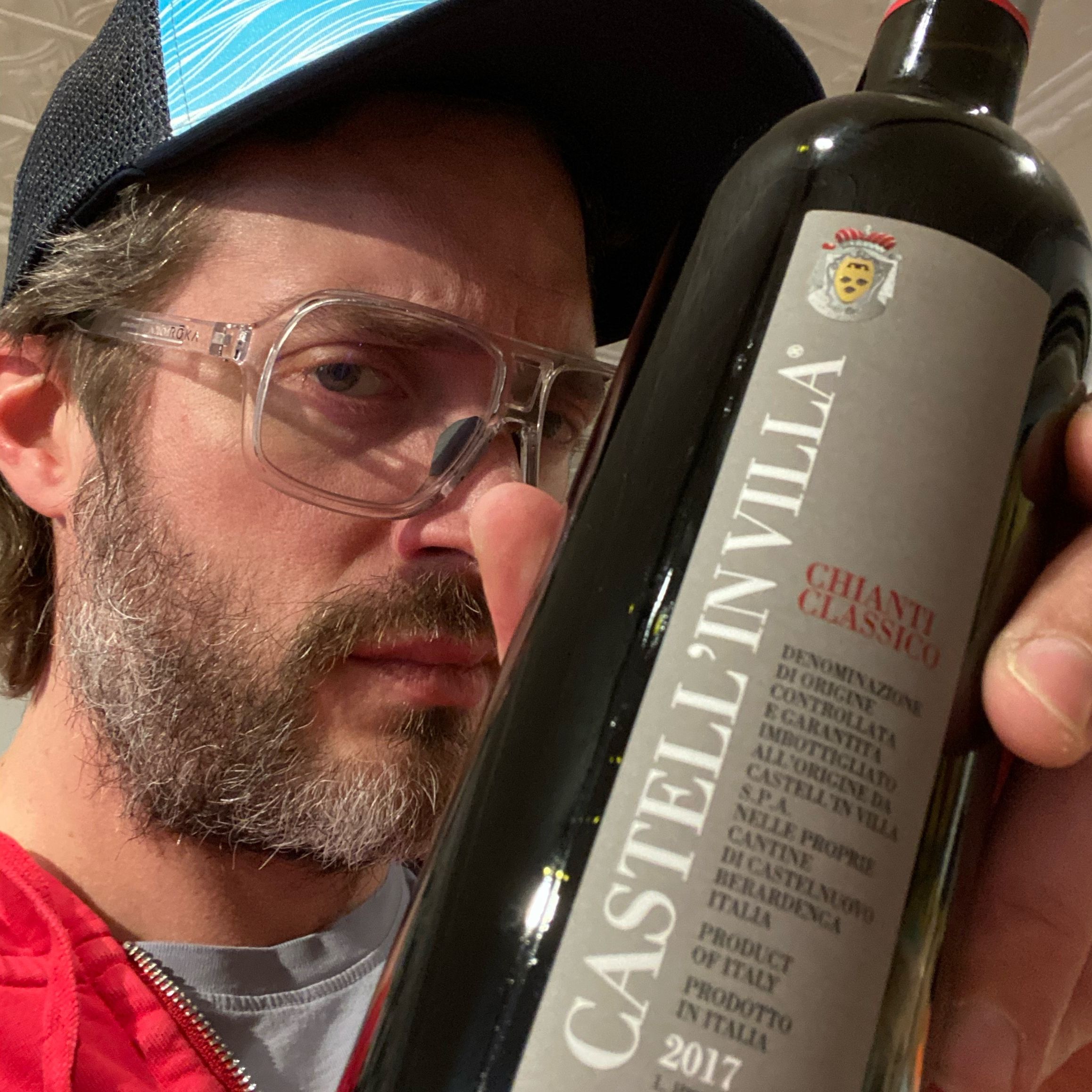 There are many, many wines made from Sangiovese that I adore, vintage in and vintage out.  For all the years that I've been doing this, though, my list of the three greatest wines that I've ever tasted from this legendary grape has remained constant.

Indisputably, the most knee-buckling sangio I've ever had (and I was lucky enough to taste three bottles of it on three separate occasions) is 1990 Soldera Brunello Riserva.  Nothing else comes close in terms of completeness or profundity.  However, nothing else comes close in terms of the price and rarity, either, so referencing it in a convo almost feels like discussing your '74 LP400 in a conversation about family cars...it's like, duhhh...

Then there's the 1994 Il Sodaccio from Montevertine.  A little random, I know, but to this day, I've never tasted a mature vintage of either Sodaccio or Pergole Torte that even comes close.  Just goes to show you that you shouldn't trust the consensus on a 'bad' vintage.

Finally, there's a wonderfully quirky but, ultimately, deeply profound wine, the mere thought of which always brings a smile to my face - the 1971 Castell'in Villa Chianti Classico Riserva.

It was a Friday night some 15 years ago, during the most hellish week of the holiday season at a shop I used to work for.  It was easily two hours past closing and I was at my desk, mental faculties running low, trying to power through all kinds of gift orders and customer service tasks related to them.

I got a call from my colleague August, who was at his desk up on the sixth floor, surely buried under even more work.  He's since become (among other things) a very successful restaurateur and a good friend, but back then he was my boss...and I was a wise ass (though, he would likely replace 'wise' with 'pain in my')...so our relationship was a bit, well...rockier.

But, we were both worn out by a long week and, at the end of the call, he asked if I wanted to go in on a really nice bottle and enjoy a well-deserved glass of wine. I was totally on board.  After all, even though we were often at odds, there was a mutual respect for each other…and, of course, for good juice, as well.

'Wanna try one of those Castell'in Villa '71 Riservas?' he asked.

Though I can't recall my exact response, I know it was some sort of emphatic ‘yes' involving some colorful language.

As I decanted the bottle, we were struck not only by the impossibly bright, rosy/pink and incredibly transparent color of the wine, but also by the wild aromas pulsating out of the decanter.

We drank it and nibbled on bread sticks and a leftover hunk of Robiola we found in the fridge, and we marveled at the way the wine toyed with our senses.  One moment, it was insanely floral and lively, the next it was textured and more medicinal.  Other sips showed its quirkier, more playful side, where the traces of volatile acidity gave the wine this incredibly elastic, bouncy feel, before the beautiful (sorry, no other word to describe it) skunk-y side of really old Sangiovese sent you in yet another direction.

Now, it's been 15 years since that bottle and I haven't had the pleasure of it since, so I'm not sure what state it's in at the moment.  Incidentally, I do have one more bottle sitting next to my last '94 Sodaccio.

(Yes, Robin, if you're reading, we should still have our Chianti and Steak night sometime...)

I've told that story many times to many people, including to the estate's proprietor, the Principessa Coralia Pignatelli della Leonessa (yes, she's a princess) at a lunch a few years back.  She's obviously very proud of the wine, but one of the most interesting parts of the discussion with her about it, was the story of the '71 from her perspective.  That being the fact that it was one of, if not the, first wines she made and how, at the time, she had 'no idea what she was doing' (her words).

With such great raw material, though, the wine basically made itself, and remains an icon of the appellation.

So, with all that in mind, here's a really comprehensive and really nice, list of wines from this most brilliant of estates, starting off with the basic Chianti Classico, from the forward, yet classically structured 2017 vintage.

Proving, yet again, that you can spend less than $30, and still enjoy the rewards of aging wine, the straight Classico is a wine that, pound for pound, remains one of the most authentic and character-loaded examples of hyper-traditionally made wine from anywhere on earth.  The beauty of this 2017, though, is that the darker, riper nature of the vintage gives it a much more approachable personality than it typically has in the early going, but it's still got all the backbone it always has to let it mature in your cellar for the next decade, should you decide to let it.

Then, we have a stunning set of library releases of the Riserva, coming straight from the estate's cellars.

You will not find better provenance.