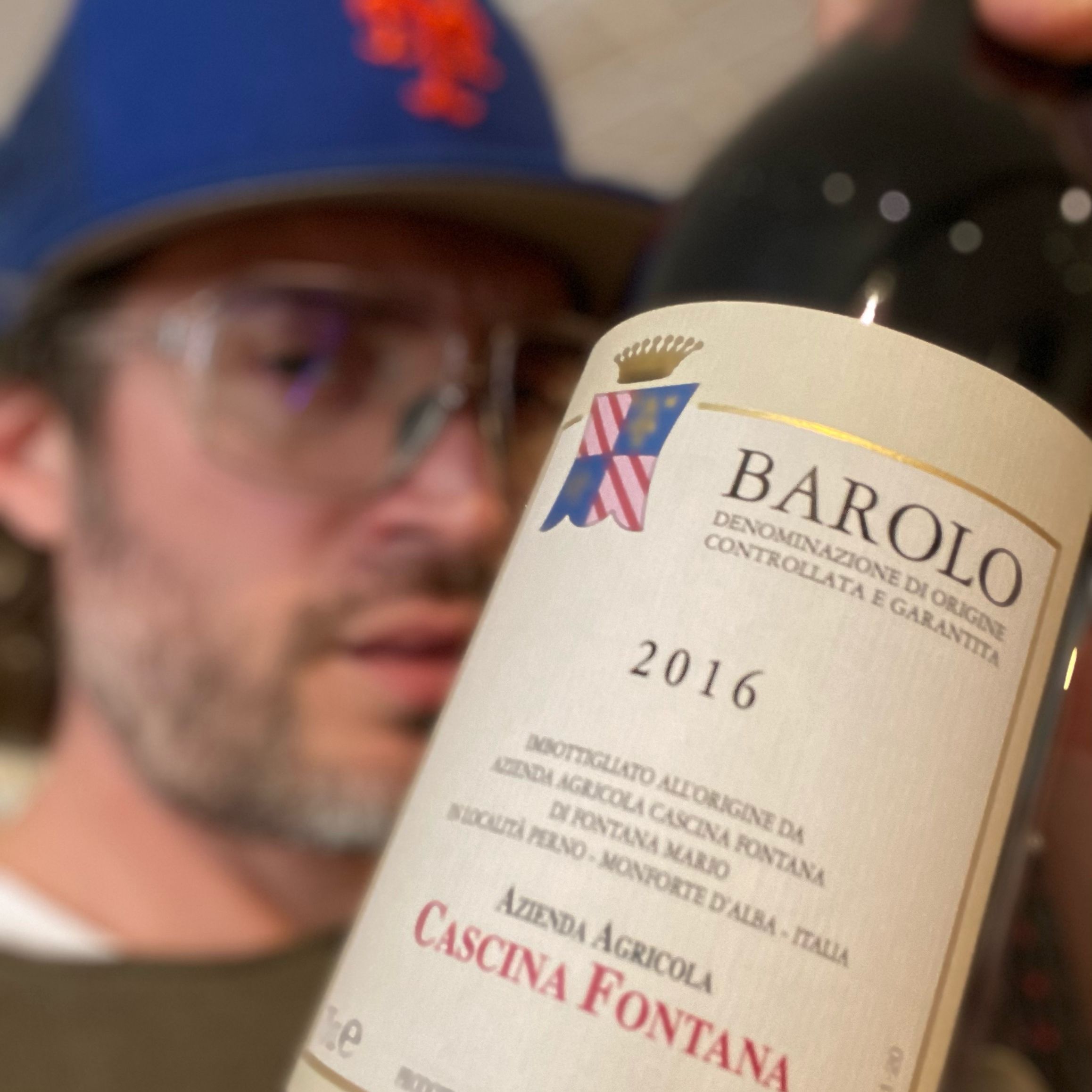 ...but this one’s easy because I already wrote about it several times (click HERE to read the most recent), both regarding this lovely 2016 and about previous vintages as well.

So, you have that going for you...which is nice...

Just like I was trying to get at last time I wrote about this wine, what makes Mario Fontana’s wines so unique right now is that a) they’re relatively affordable (especially at today’s pricing) and, b) for me, they represent one of the last super-old school producers to not have found their ‘cult’ following.

Ten to fifteen years ago, now-legendary producers like Bartolo Mascarello, the Giuseppes Rinaldi and Mascarello, and Giacomo Conterno were considered ‘too old fashioned’...their wines 'too hard', or ‘too thin’ and ‘lacking fruit’.

That’s to say absolutely nothing about now legends like Burlotto, Cappellano or Accomasso, who nobody except the most trailblazing Barolo fanatic even knew existed.

‘Their process is too stubbornly traditional,’ was always the detraction.  ‘They need to get with the times.’.

There are a few reasons for the change of heart, of course.  In some cases, like Burlotto for example, it was a change in technique/style.  In others, it was just the realization by people that judging super-traditional Barolo in its young state against Napa Cab and/or Bordeaux, which were still the benchmarks back in the late ‘90s, wasn’t quite apples-to-apples.

Americans becoming more well-traveled, and experiencing traditional food and mature examples of Barolo in their proper setting certainly added to their audience.

And when discussing traditional Barolo, I can't emphasize enough the importance of the words 'mature' and 'example' in the sentence above - I honestly don't think that anyone who tasted a super-tannic young Rinaldi back in the day could possibly envision what it would become sometime around its 35th birthday.

Is this wine the same caliber as those other legends?

That remains to be seen, because, for me, his wines haven’t been around long enough for us to know them in their truly mature state.  Yes, his first vintage was 1995, but even great vintages like '99, '01 or '04 are still way too young for a wine of this style.

I do know, however, that, even in their current form, I find them just lovely.  This kind of commitment to the more elegant, genuine, lightly rustic/curmudgeonly expression of Barolo is truly becoming a lost art, and Mario has zero desire to wander from it.

This is how his grandfather taught him, and that’s more than good enough.

For me, the style is mostly reminiscent of the two Mascarellos - fragrant, elegant, endearingly-rustic and not overtly (yet still deceptively) structured.

The red fruits, roses, gravelly minerals and delightfully scruffy tannins all make for such an honest, what-you-see-is-what-you-get and what-you-get-is-what-you-want experience, that I find them impossible to not enjoy.

And, if you were to have just one quick chat with Mario himself, truly one of the kindest human beings you’ll ever meet, I think you’d understand even further just what it is that fans of the Barolo old school find so special about his wines.

...the kind of approach that the world, as a whole, could use a little of right about now...