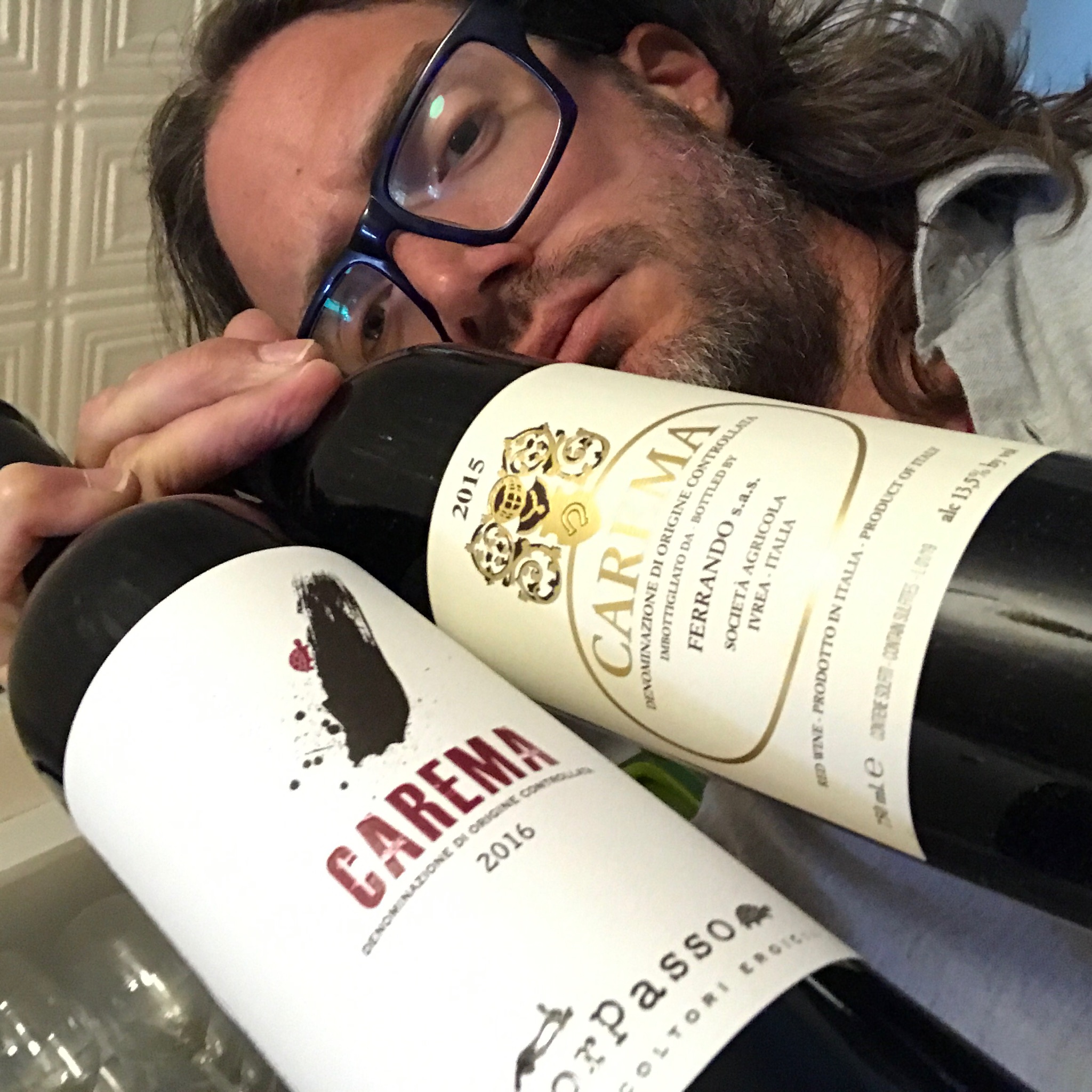 Along the spectrum of Nebbiolo expressions, Carema occupies a very special spot.

Let's imagine, for example,  that (generally speaking) Barolo lies at the 'power' end of the spectrum all the way on the left, and, as you work your way right, you cross through Barbaresco, then to Ghemme, then to, say, Valtellina (again, speaking in generalities here) and, right before you cross into Gattinara's slot (where things start to get really racy and high-toned), you arrive at Carema, where it's all about elegance...pure elegance.

Arguably, one of the best examples of the word as it pertains to wine.

Yes, it has some of that nervous, acid-driven energy that you get from the rest of the Alto-Piemonte crowd (Lessona, Bramaterra, et al), and, yes, it still has a bit of the classic, sturdy Nebbiolo structure you associate with the Langhe wines, but that soft, transparent, airy elegance is really what defines Carema for me.

There are but a handful of examples from this appellation, which is nestled in the mountains along the border with the Vallée d'Aoste.

The Produttori di Carema is one of the great co-op wineries on earth.

The tiny producer Orsolani makes a very nice one.

And then there are today's two producers...

Ferrando is the old staple - the winery that, as far as Americans are concerned, has defined Carema for the last couple of decades.  As a matter of fact, almost all of the fruit from each family's tiny parcel in the appellation usually ends up in the Produttori wines or in Ferrando's.

This micro-estate was started in 2012 by Vittoria Garda and Martina Ghirardo, a young couple who had dreams of safeguarding the Carema tradition at a time when most young people are fleeing the region for the cities.

In total, they've acquired about a hectare worth of vines, which they farm organically and hope to expand in the years to come.  In the winery, it's all about tradition - ambient yeast, long maceration and neutral wood.

And, for both producers, when it comes to what's in the glass, it's (again) all about elegance...of an almost angelic quality.

Carema is one of the wine world's hidden gems, so to have a new wine to sell alongside the old standard is a welcome notion indeed.

I mentioned how elegant these wines are, right?

Arguably, the 'flagship' wine for the entire appellation, Ferrando's 'White Label' Carema has gone from readily available insider gem to allocated favorite over the past 3 or 4 releases.  Yes, the price has steadily increased as availability has shrunk and demand has skyrocketed, but it still remains one of the great expressions of Nebbiolo on earth.  This 2015, while slightly more robust and generous, is still soft, delicate, flowery, airy and near-perfectly balanced.  A classic.

The new kids on the block are up to plenty of good with this fresh, lively and herb-inflected little beauty.  Morgan, the Italian Portfolio Manager at Polaner Selections, first described it to me as, stylistically, lying somewhere between Ferrando's White Label and Black Label Riserva, and I think that's a great way to express it.  Its backbone is a bit firmer and more apparent than the Bianca and on the whole, it's wound up a bit tighter, but it expresses the gentile elegance of Carema wonderfully.  The future of the DOC is bright!

BOTH WINES ARE IN STOCK AND LIMITED IN QTY