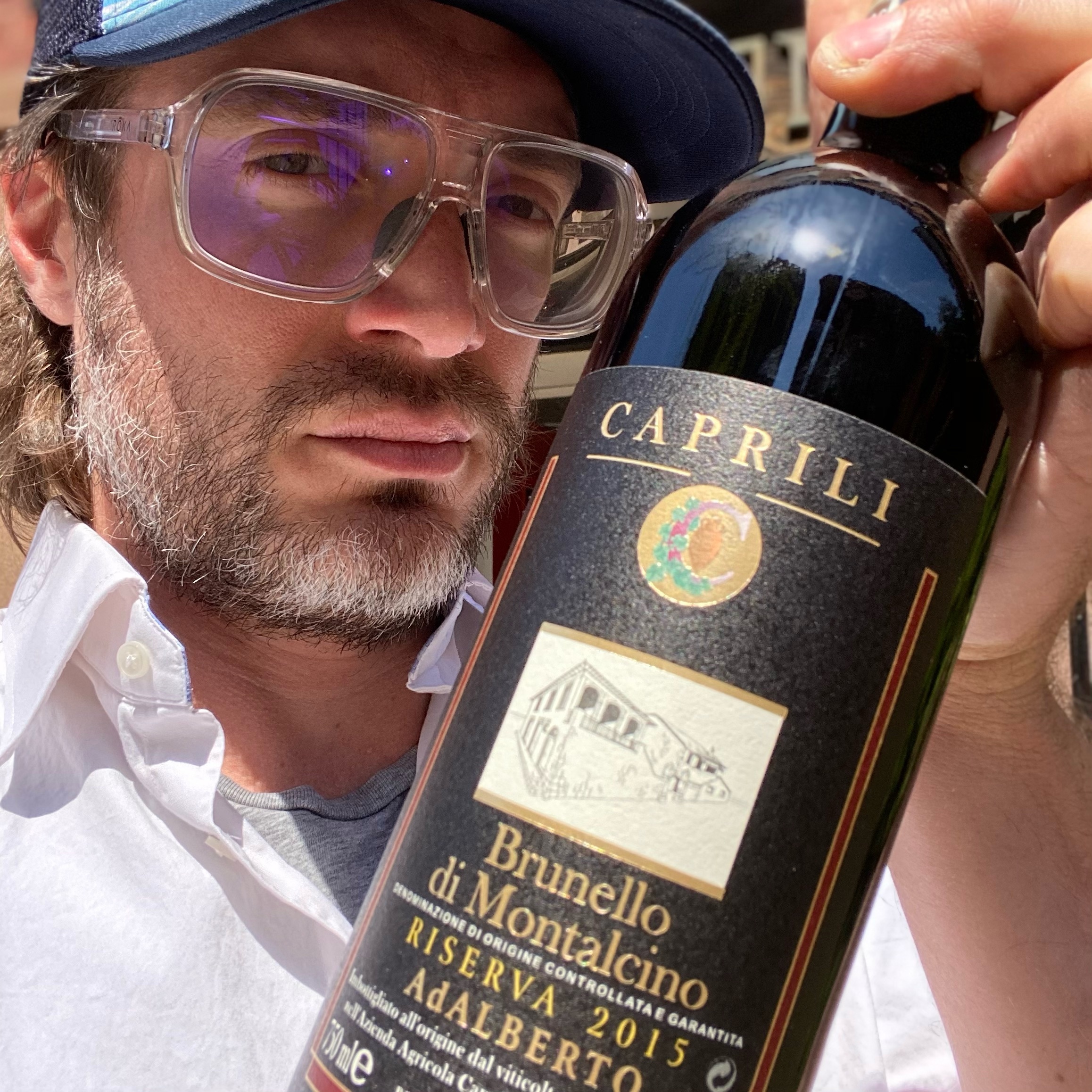 I've long had my favorite producers in Montalcino - Il Poggione for its ridiculous quality for the money, Lisini as a slightly more rustic version of the prior, Baricci for its sublime elegance, Poggio di Sotto for its quirky intrigue, etc. etc.

A definite addition to this list of favorites, as of late, has certainly been Caprili.

If you've been privy to the stunning wines that Caprili has been putting out lately, you're likely expecting an awful lot from their 2016 Brunello normale...

...and it's as stunningly, joyously delicious as you would expect - classic, aromatic, lively, pure, mineral and, of course, firmly structured.

Then we have Caprili's incredible 2015 Brunello Riserva AdAlberto, the estate's single-vineyard homage to current proprietor Giacomo Bartolommei's grandfather Alberto, which is, for me, as fine an example of the 2015 vintage in the region as you'll encounter.

As you would expect from 2015, it's much deeper, darker and richer than the 2016, but the darker notes are contrasted beautifully by the stunningly pure fruits and lovely spicy/herbal elements packed into every crevice.  For a wine of such gravity, it's also remarkably well defined and balanced.

And that brings me to my next point...about how lately I've come to have a new appreciation for the distinction between 'Normale' and 'Riserva' in Montalcino.

I will admit (and judging by how Riservas used to sell, I know that I was not alone here) that I used to think of the Riserva Brunelli as really nice wines, but I couldn't quite understand, especially when the Normale already offered so much in great vintages, why one would pay the extra money,

Like I said, though, lately I've found myself developing a real appreciation for each style, and specifically with respect to how each style performs within the given profile of a specific vintage.

In classic years, like '99, '01, '04, '06, '10, '13, '16, I think that the fresher, more vibrant expression you get from the shorter stint in barrel tends to better compliment the more expressive, more focused, more naturally structured nature of the vintage.

On the flip side, the extra year in barrel, for me, tends to be more beneficial to a wine from a riper, denser more powerful vintage that, while not necessarily 'less' naturally structured, would perhaps benefit from having an extra level of tannic backbone and polish added to contain the extra weight, and keep it more focused.

And I think that when you have back-to-back great vintages that also happen to have totally different styles (ex, 2012/2013 or in this case 2015/2016) that usually hit the market at the same time, this distinction becomes even easier to see when tasting the wines side by side.

Not that I haven't had great 'Riserva' bottlings from 'classic' vintages over the years, but, when I think about it, most of the really enjoyable Riserva I've had in the past few years have come from the riper vintages like 2007, 2012 or even as far back as 1997, where Il Poggione's Riserva was easily my favorite expression of what is now considered a 'controversial' year.

But, anyway, the point is that Caprili makes great wines, and, being that this is indeed a simultaneous release of both a great Normale vintage and a great Riserva vintage, it's an extra-special release for Caprili...

...which also means it's an extra-special opportunity for you.