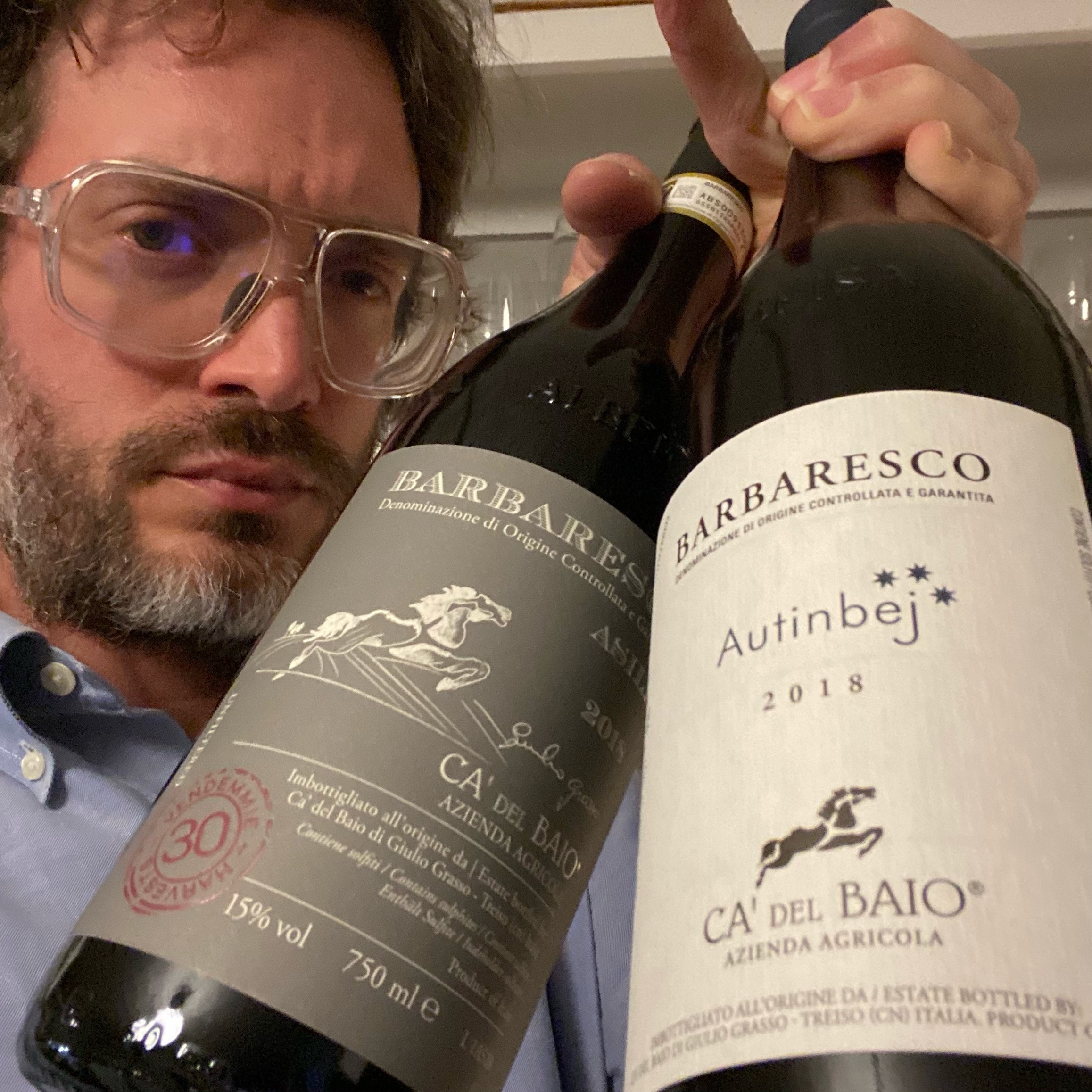 Ca' del Baio - So Much More Than 'Value'

It's really hard to talk about the Barbaresco of Ca' del Baio without using the word 'value'.

And not just 'value'...you usually find yourself tacking on modifiers like 'insane', 'unbelievable' or 'how is this such a' to it.

But to only talk about how much they deliver in terms of price relative to the rest of their peers is also kinda pigeon-holing them as just 'good for the money' in my opinion.

Perhaps I'm just sensitive to such things after hearing many times over the last eleven years that 'it's so great to see so many cute little wine shops popping up all over the city', as if to say, 'you're so adorable, but I'll still buy from bigger, more famous and street-cred endowing shops even though you sell the same stuff as them'.

Alas, I think I just had a personal breakthrough to discuss with my therapist...

In any case, Ca' del Baio's wines are pure Barbaresco.

The fact that their entry level Barbaresco 'Autinbej' is so good for so little, is, to me, merely a testament to their quality and skill.  When I say 'so little', I mean like 'less than most Langhe Nebbiolo on my shelf' or 'maybe I should raise the price to preempt any skepticism from the customers' kinda so little.

Rest assured, though, this 2018 Autinbej is pure, fragrant, elegant and balanced Barbaresco to its core.  The fact that it's $27 shouldn't bother you...unless getting Barbaresco for $27 bothers you...in which case I can suggest a therapist...

Then we have two of their single cru wines, the gloriously generous, red-fruited, and supple 2017 Barbaresco Asili and the near perfectly-balanced, classic, impossibly elegant 2016 Barbaresco Pora.

They're case studies in these two vintages, to be sure.  The 2016 Pora lives up to the lofty standards of the lofty 2016 vintage - it's all restraint, focus, class and aromatics...the rosy bouquet alone is enough to pull you in.  In another 5-7 years, it'll be a true stunner.

The 2017 Asili is, well, classic Asili - lithe, bright and energetic - but framed through the lens of the wildly misunderstood 2017 vintage.  It's got such wonderfully juicy texture, such a purity of red fruit, such an insanely engaging personality already, that you'd almost be tempted to not age it, and drink it all now.  That would simultaneously be both be both totally understandable and a shame, because it'll shed that cheek-pinchable juiciness and become a stunner in its own right.

So, there you have it...three ridiculously great wines that you should totally buy.

And, yes, you'd be getting them for three ridiculously good prices...

...but if you insist on paying more than you should for everything, then they may not be for you...