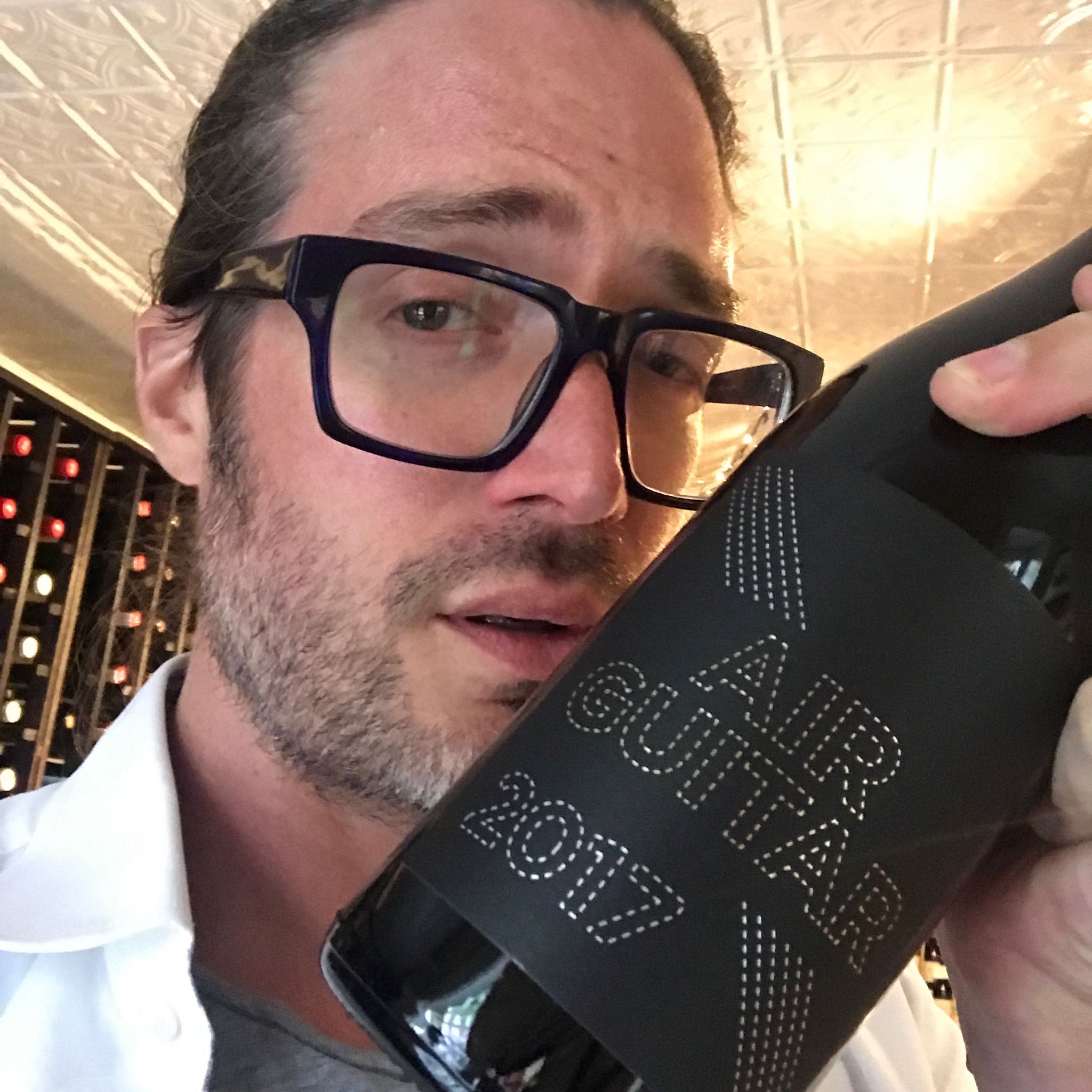 Bow & Arrow's Coolest Wine (and it's not just the name)

From Annalemma to Division to The Color Collector to Hope Well to Teutonic (just to name a few), the super-coolest micro stuff from Oregon has always been a focal point of mine since MCF opened.

I've gone out of my way to highlight ones that I'm excited about whenever I can.

And I have to emphasize the 'whenever I can' part, because a lot of times these wines arrive in such tiny quantities that, to put them in a newsletter destined for many thousands of inboxes would be kind of a jerk move.

Anyway, Bow & Arrow is one such producer who makes totally unique and awesome wines that I love and am always excited to have on the shelf, but is also one that has almost always been filed under this 'whenever I can' header, because it's usually a case here, a case there kinda thing.

Not always, but kinda always...especially when it comes to today's wine - the Air Guitar.

Yes, it has a name that, depending on your POV is either some combo of hilarious and cool, or, maybe if you're a grump, kind of annoying.

But, like their other perennial favorite, 'Rhinestones', the name is more than just witty...but rather, it's (in their words) 'a self deprecating poke at attempting French-style wine in America'.

I think they're a little hard on themselves...they're way more than just faking it.

One of Scott and Dana Frank's (the husband/wife team behind B&A) main missions since their inception has been to challenge Pinot Noir's unquestioned lordship over the realm of the Willamette Valley.  While they certainly acknowledge Pinot's claim (they produce a few Pinots themselves), they've also found that grapes like Cab Franc, Gamay, Melon, etc., make their own strong cases.

With the Air Guitar, they go even further (?) by utilizing Cabernet Sauvignon, which, when you consider the mentality about Oregon wines over the years, almost seems weirder than Analemma's use of Tempranillo and Mencia, but anyway...

So, it's a 50/50 blend of Cabernet Franc from the Johan Vineyard and Cab Sauv from the Borgo Pass vineyard (both part of the Willamette Valley AVA), and it's a damned delicious glass of red that covers a whole bunch of territory in terms of flavor, texture and personality.

The mid-to-full profile is textured and velvety at first, but that gives way rather quickly to a robust, dark and earthy red that, while nodding to places like the Loire Valley and Bordeaux, is unmistakably 'Willamette' in its deep, richly, dankly earthy nuance.

There is a lightness at times to the mouthfeel, especially at the edges, but once the finish kicks in, the Cabernet Sauvignon makes itself truly known with a firm, impressive backbone of classic Cabernet tannin.

Even though this is a $28 wine, with a cool name and a cool label and an eminently 'drinkable-in-its-youth' kinda feel, I'm comfortable calling this is one of the most unassumingly serious/ageworthy wines in the US, especially when you consider the modest amount it'll set you back.

Scott and Dana even consider it the finest expression of the region that they make...

No wonder it's always in such high demand.

Thanks to my generous buddies at MFW Wine Co, though, this year I have enough to let fly a newsletter.

Put that in your cellar and age it!