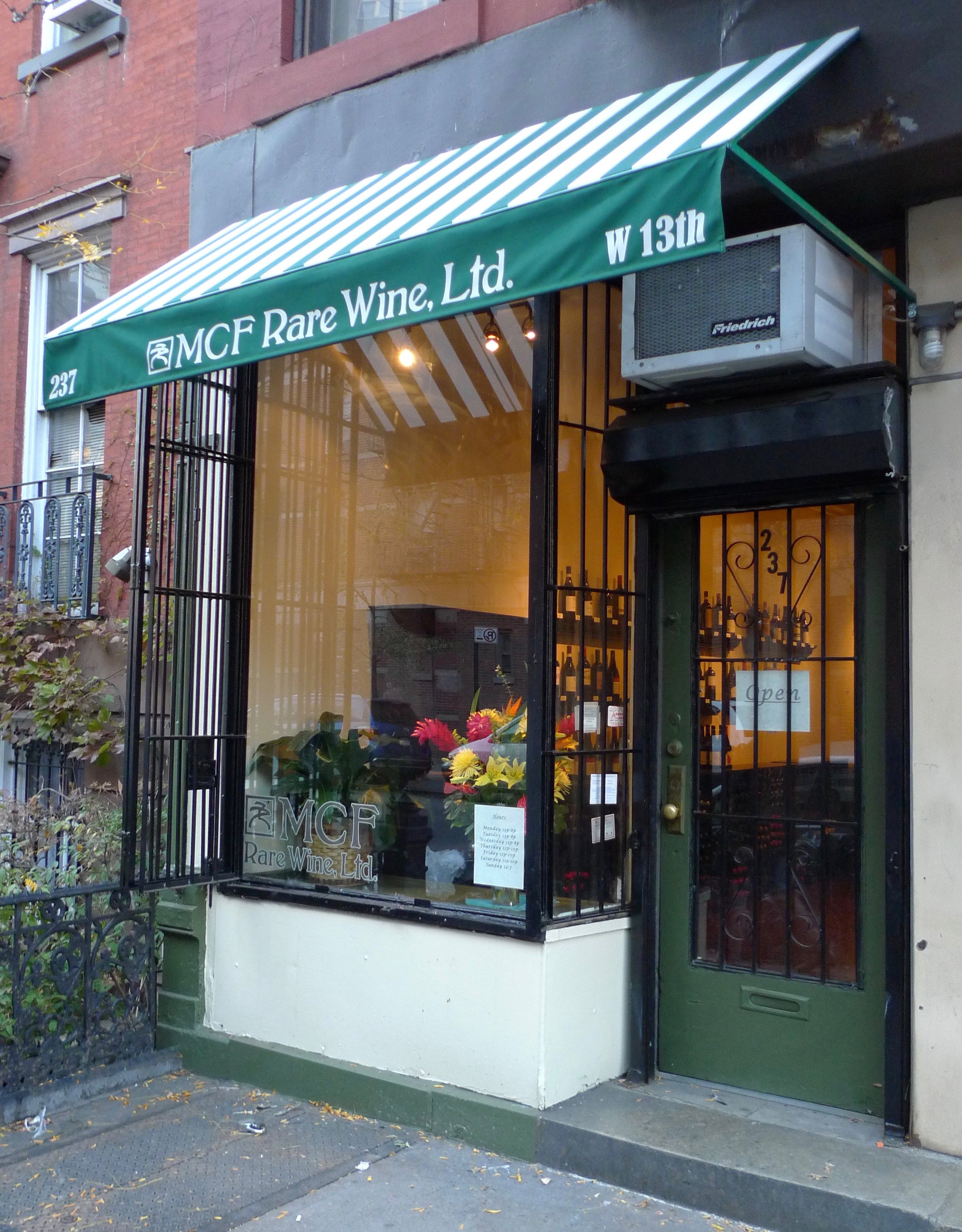 Big News for My Little Shop

To all of you locals/neighbors of ours here on little 'ol 13th Street, don't fret.  We're only moving a few doors west -- to 249 West 13th Street -- so your daily walk for wine won't require much re-routing.

This is something that has been in the works for a few months and it has finally been confirmed so this email is serving multiple purposes.  First, we just wanted to let you all know so that you don't walk up to our shop and not see us and have a moment of panic.

Second, it's a humble plea to be patient with us over the next few weeks as we finalize certain things and then actually get ourselves over there.

I will have much more info for you on the move in the coming days...

Finally, it's as good a time as any for me to reflect on how far we've gone together so far and where we're (hopefully) headed with this fantastic new opportunity.

I've been meaning to write a message like this for years.  First I thought I'd do it at my third anniversary, then my fifth and now, here we are, working on our seventh year and drawing one chapter to a close, it seems like now is the time.

In 2009, after seven years in the retail wine world, I came to the conclusion that I was pretty good at both selling and selecting wine and that I'd try to strike out on my own.

My original vision for what this shop would be evolved over the year or so that I began to pursue it, mostly as I learned what the New York State Liquor Authority will and will not allow you to do.

I didn't have much to go on, a meager savings and a small loan.  It would be tough, it would be uneasy and it would all come down to wits.

After a few months of searching and what seemed like endless negotiations with the
 
landlord, I secured a tiny space here on 13th Street that had been home to a travel agent since the 1980s.

My application for a retail wine license was submitted, which, at the time, meant I was paying rent, but would be waiting another 6 months to find out whether I'd be approved.

In the meantime, I spent my days doing DIY renovations to my new space and nights tending bar at my friend's establishment in Brooklyn. 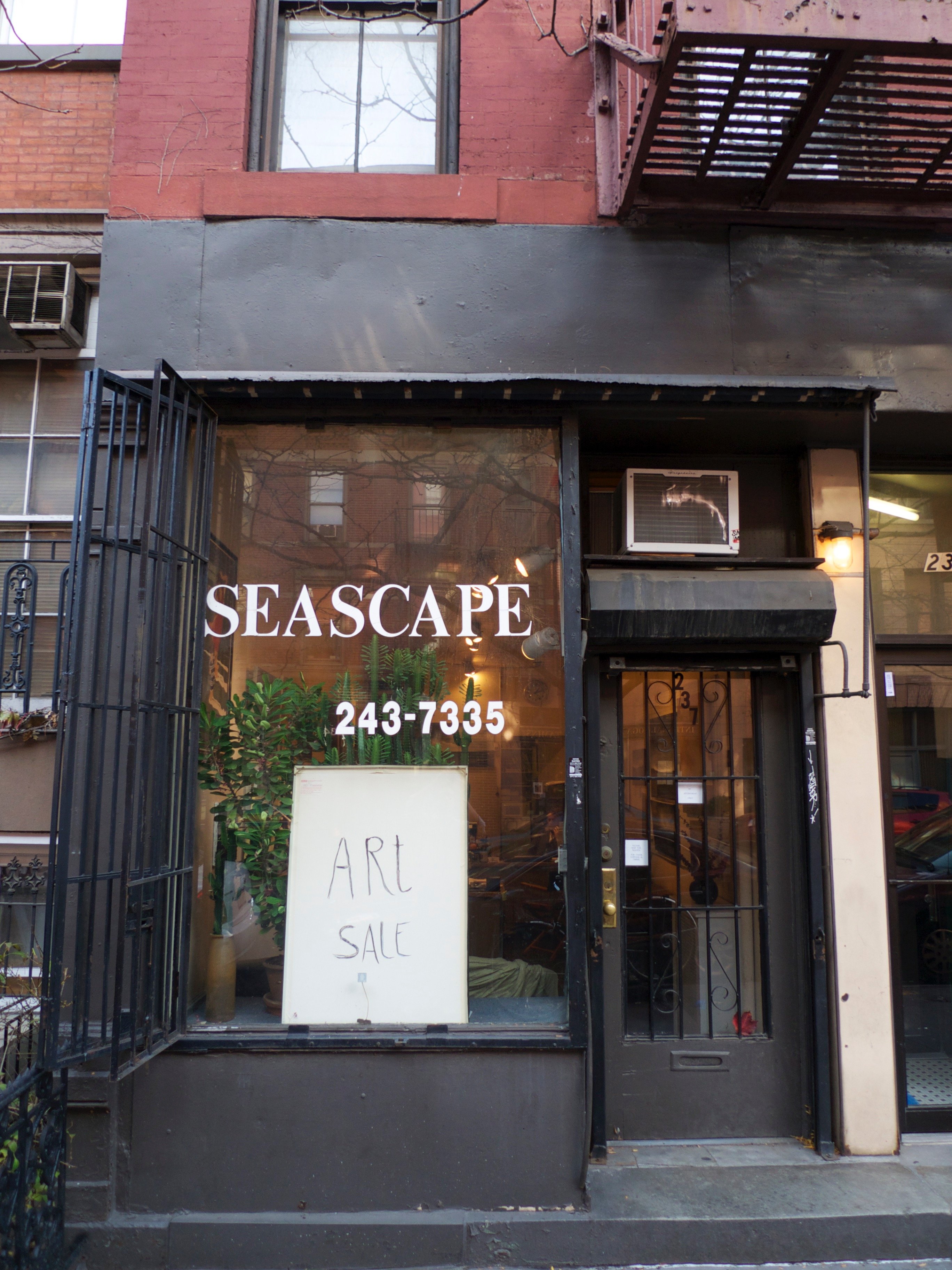 I will say that I learned a lot about renovations, if you ever get the chance to do demo work in a 100+ year old building, I recommend it, it's very...educational...). 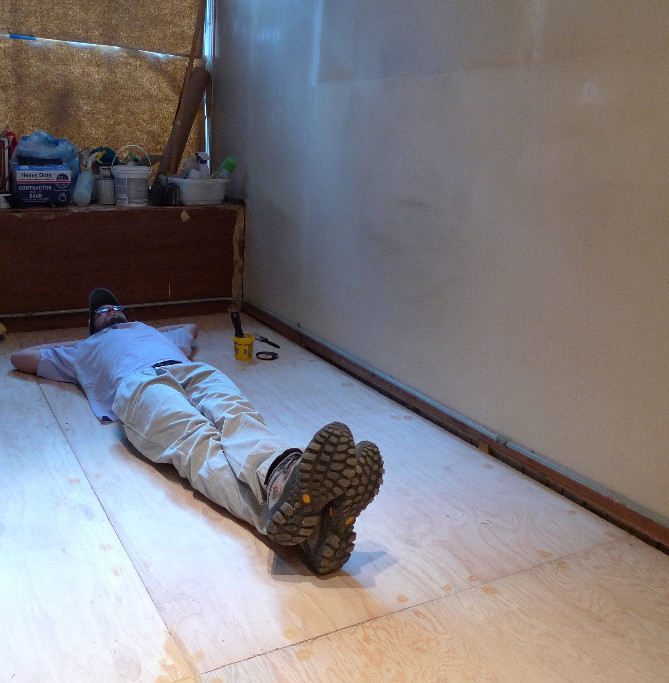 I knew I'd be competing in NYC with so many establishments that were either long-time incumbents or flashy new stores backed by armies of investors, with multi-million dollar build-outs and multi-million dollar opening day inventories and fancy tasting rooms and entire teams of employees.  But I kept saying that all I need was a space, a license and a computer and I could make it work...brick by brick, sale by sale.

Finally in September of 2010, I found myself in front of a full-board hearing at the SLA's offices in Harlem.  After a rather meek argument from the lawyer of one of my local competitors about how granting me a license would lead to an over-saturated local market and send the neighborhood into a moral downward spiral, the word 'Approve' was said three times and I was now officially a licensee.

I sent a few emails to family members who were eagerly awaiting an update and then happily rode the subway back to my apartment in Brooklyn Heights.  I sat down on the couch and breathed a few sighs of relief/joy and then the 'Oh Sh*t' moment hit me.

It was actually happening.  There was a laundry list of additional things that now had to be done to get up and running. 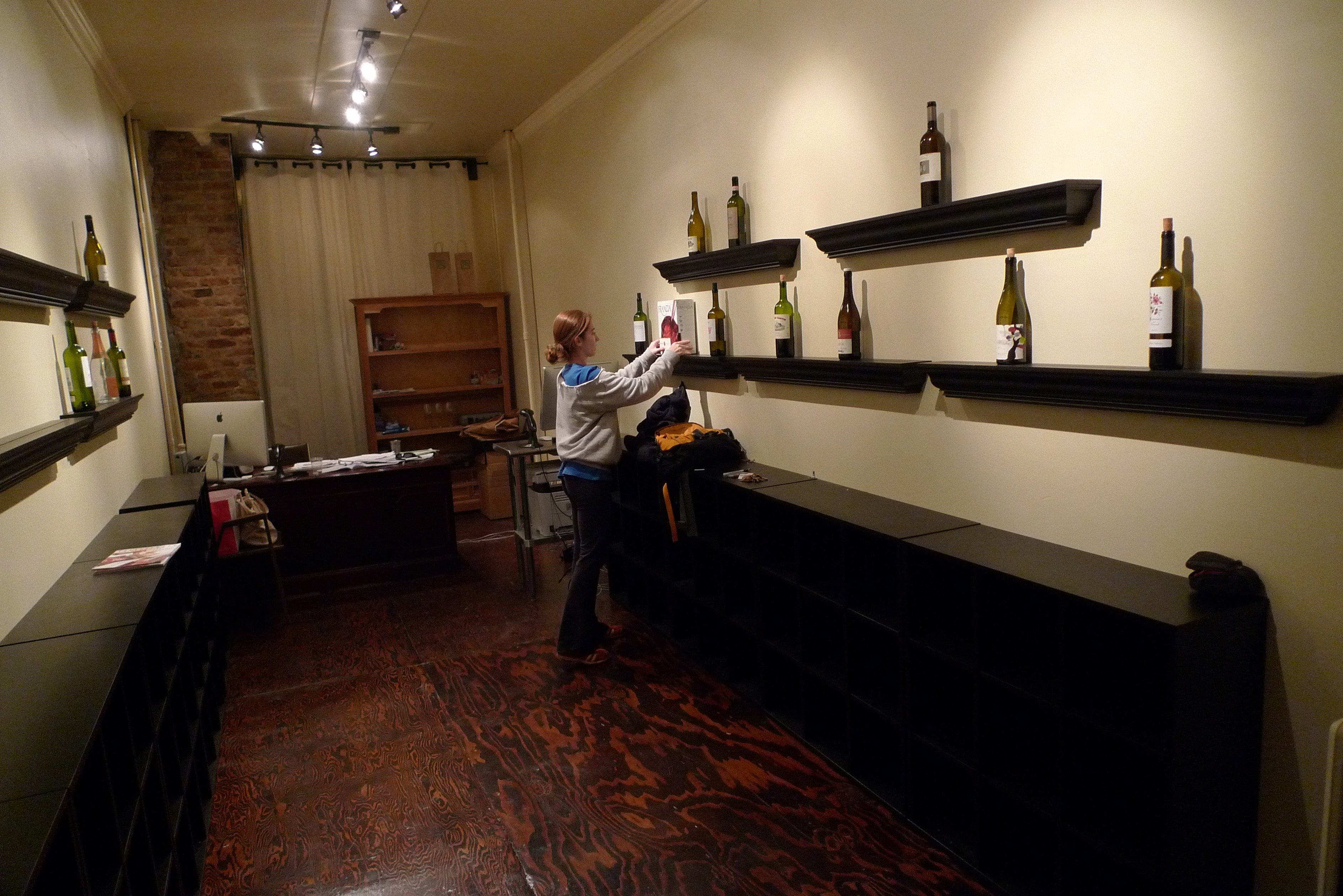 Get the phones and internet up and running.

Set up my POS system.

Finally on the 29th of October, I was here with Emily (then my girlfriend) and my Mom, unpacking cases of wine and finding homes for them on the shelves.

The next morning, October 3oth 2010, a Saturday, we finished up tagging the shelves and were open for business.

Our second and third customers (naturally, Mom was the first the night before), were my two friends from high school who came for moral support (and mostly to drink wine), but then someone actually walked in.

Looking back at these pictures, I'm just grateful that people did, in fact, walk in the door to such a sparsely stocked little store. 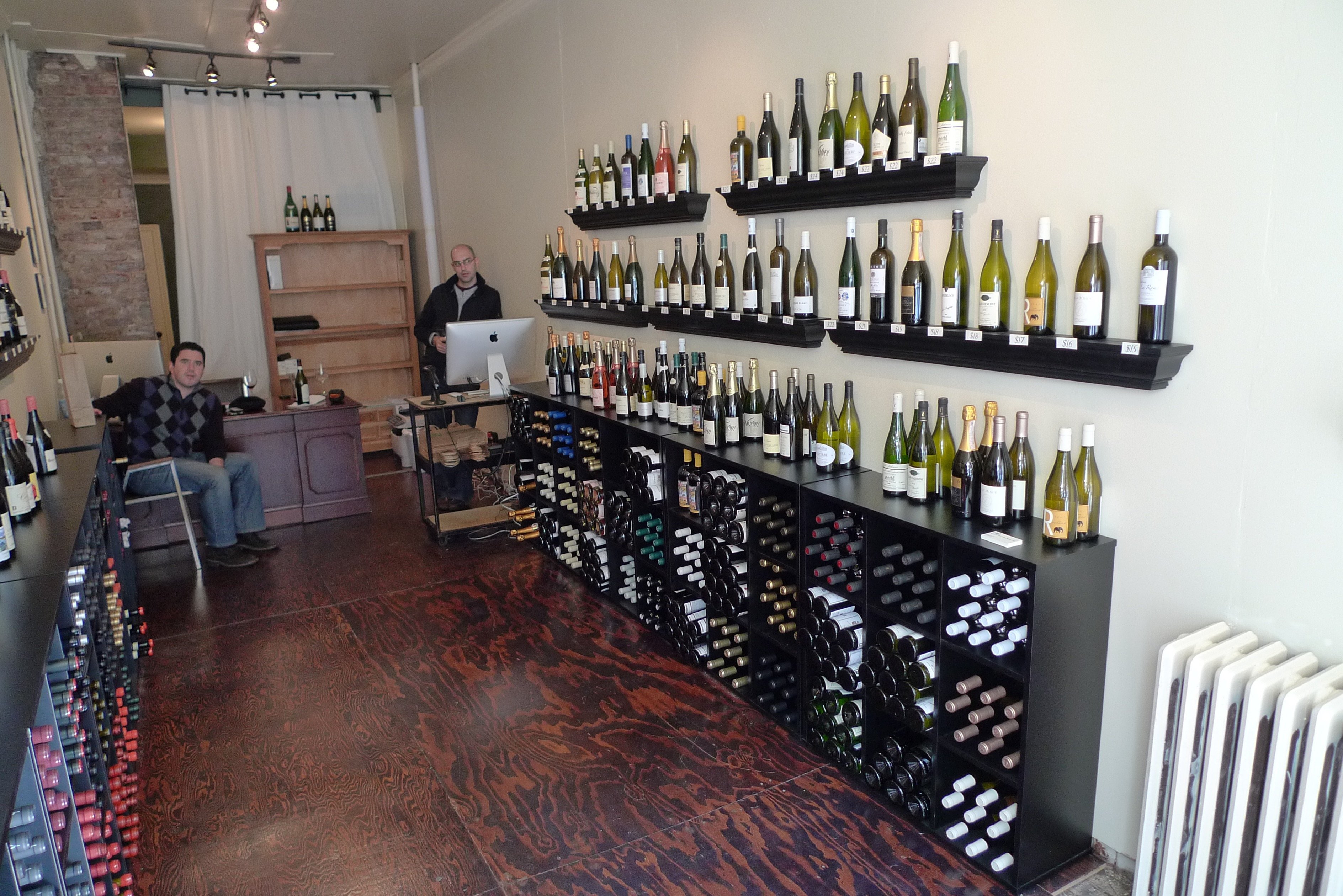 We finished a surprisingly brisk day, helped significantly by visits of friends and family, and we were off and running.

For the first 5 months, I was here, seven days a week and Emily sacrificed her weekends to help me on Saturdays and Sundays.  That was a grueling pace that I soon learned I couldn't manage.  I finally decided to close on Mondays and settled into a nice Tuesday-Sunday rhythm.

Emily and I got engaged in February.

We got married in July.

After nearly two years, I had my first employee.

I sold wine by candlelight during hurricane Sandy. 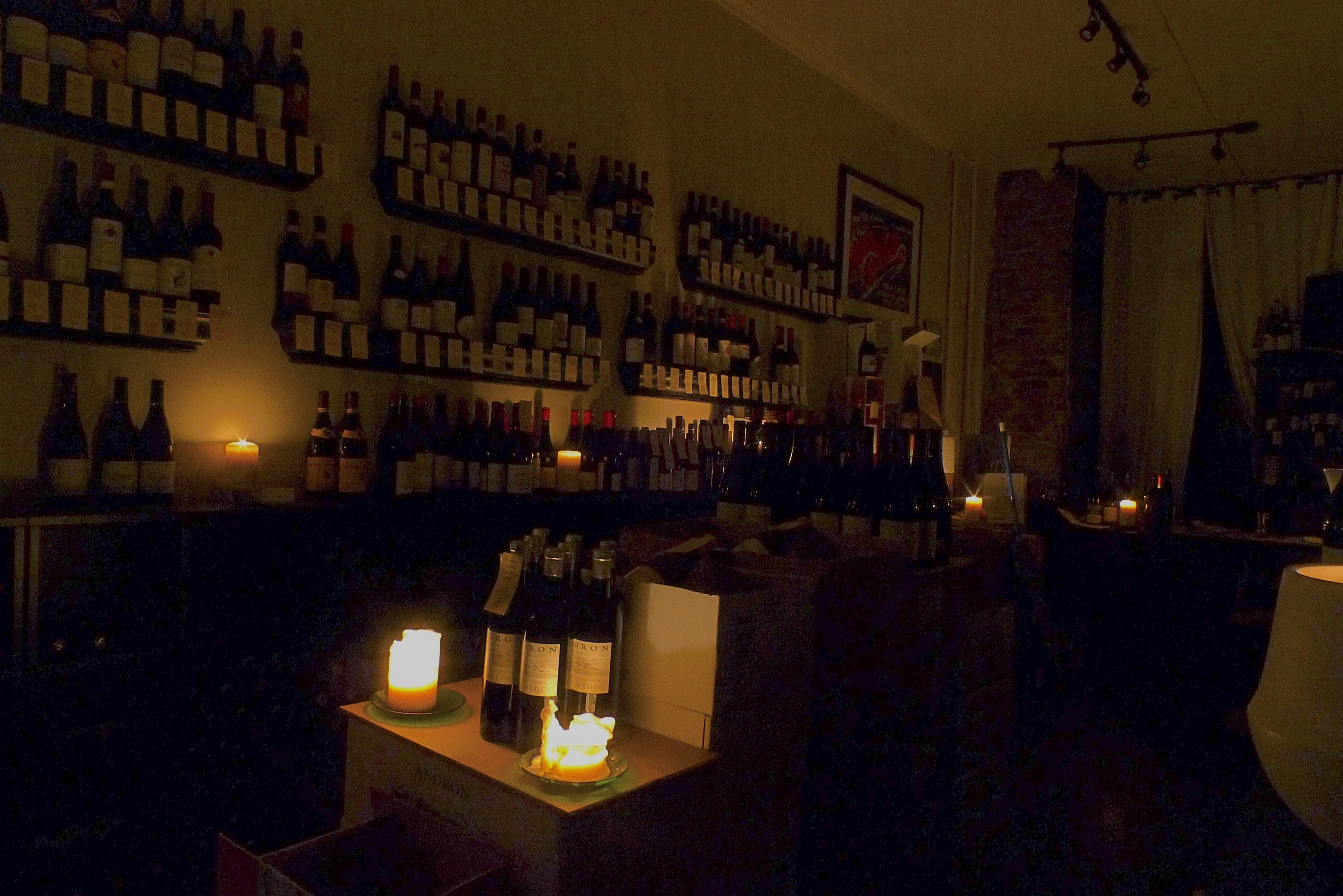 A couple weeks later, my daughter was born.

Chris (whom most of you now know just as well as me) came on board.

All along business kept going, kept getting better.  It was incremental, but sale by sale, I got to know so many of you and your tastes on a personal level, whether you live around the corner, uptown or across the country.

It's 2015 and my son was just born.  Emily had left her job and was now working here full time.

Chris was a full-time member of the team.

I would be nowhere without either of them.

Now, here we are, about to set off on a new chapter, and, like I said, it's amazing what we've done.

I wanted this to be a place where serious collectors can find the gems they sought and I also wanted to a source for budding collectors to get the best wines with honest advice.

Equally as important to me, though, was that this be a place where everyone (from expert to novice) could walk in and feel welcomed.  Where their questions would be answered enthusiastically and without pretension.  Where they could spend as much time talking about the neighborhood, or their kids, or baseball, or Formula 1 as they would talking about wine.

I didn't want to make a meteoric rise.  I didn't want to have a manufactured success.  I wanted to be authentic, to be organic -- brick by brick, sale by sale, to offer an honest merchant experience in a world of mega-chains and apps and algorithms.

I wanted to prove that you can succeed in NYC the old fashioned way, without high-priced PR and zillions in start-up money...with nothing but determination and a willing audience.

I think (think) that we're still on our way to accomplishing that, but without all of you none of this would be possible.

And for that I will always be grateful.

So, that was my long-winded way of saying that that, as a way to express that gratitude (and to minimize the amount of wine to wheel over to the new space), I'd like to have a 'moving' sale.

These prices are good through Friday, March 3rd.

Pardon the sappiness, but again, thank you.