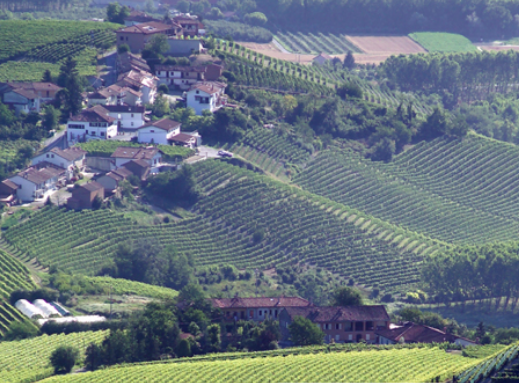 Barolo 2016's run continues today with two producers who have long been emblematic of tradition and value - Oddero and Cavallotto.

They've also been some of my all-time favorites.

If you've been reading this newsletter since the beginning (I mean, really since the beginning...I think Cavallotto was the second or third one I ever sent), you know that Cavallotto's Baroli hold a very special place in my heart, and I think the Barolo Bricco Boschis is, pound-for-pound, one of the world's great wines.

Oddero, on the other hand, has, in the last decade or so, gone from hard-core insider's secret for traditional Piedmont at a fair price, to a name that people clamor for.

Let's start with the 2016 Barolo Bricco Boschis from Cavallotto - to call it a must-have of the 2016s would be putting it mildly.  At the core, it's a Bricco Boschis through and through - the dark, mineral-packed fruit that is such a hallmark of Bricco Boschis is on full display.

Radiating from the tense, firm backbone, though, is a linear, finely detailed and racy expression of said classic, dark Bricco Boschis fruit.  There's such lift and energy throughout, though, that the overall feel is one of purity and balance.  This is easily one of the great Briccos of the last 20 years...hands down.

Then we have the beautifully classic, aromatic and subtly structured Baroli of Oddero, long considered one of the other greatest-value producers in the Langhe.  The wines are traditional to the core, and age as well as anything on the market.

In 2016, they've done fabulous work.  Isabella Oddero stopped in to show me a huge lineup of their wines back in February and their '16s really set the stage for my enthusiasm for the vintage.  The clarity, poise and focus of each one was fabulous, starting with the fragrant, elegantly approachable (but deceptively ageworthy) Barolo Normale, and things only skyrocket from there.

The firm, mineral Rocche di Castiglione is a lesson in the way Nebbiolo can be both muscular and nuanced.

The Barolo Villero is dark and generous, with tons of classic Nebbiolo power.

The Barolo Brunate, is rich and deep, but showcases 2016 perfectly with its chiseled, lively balance.

After trying not to be too excited for the 2016s since I was so into the '14s and '15s that everyone was snoozing on, I have to say that the vintage really does deliver everything a fan of classic, focused and structured Nebbiolo can ask for.

And they're only going to get better and better...