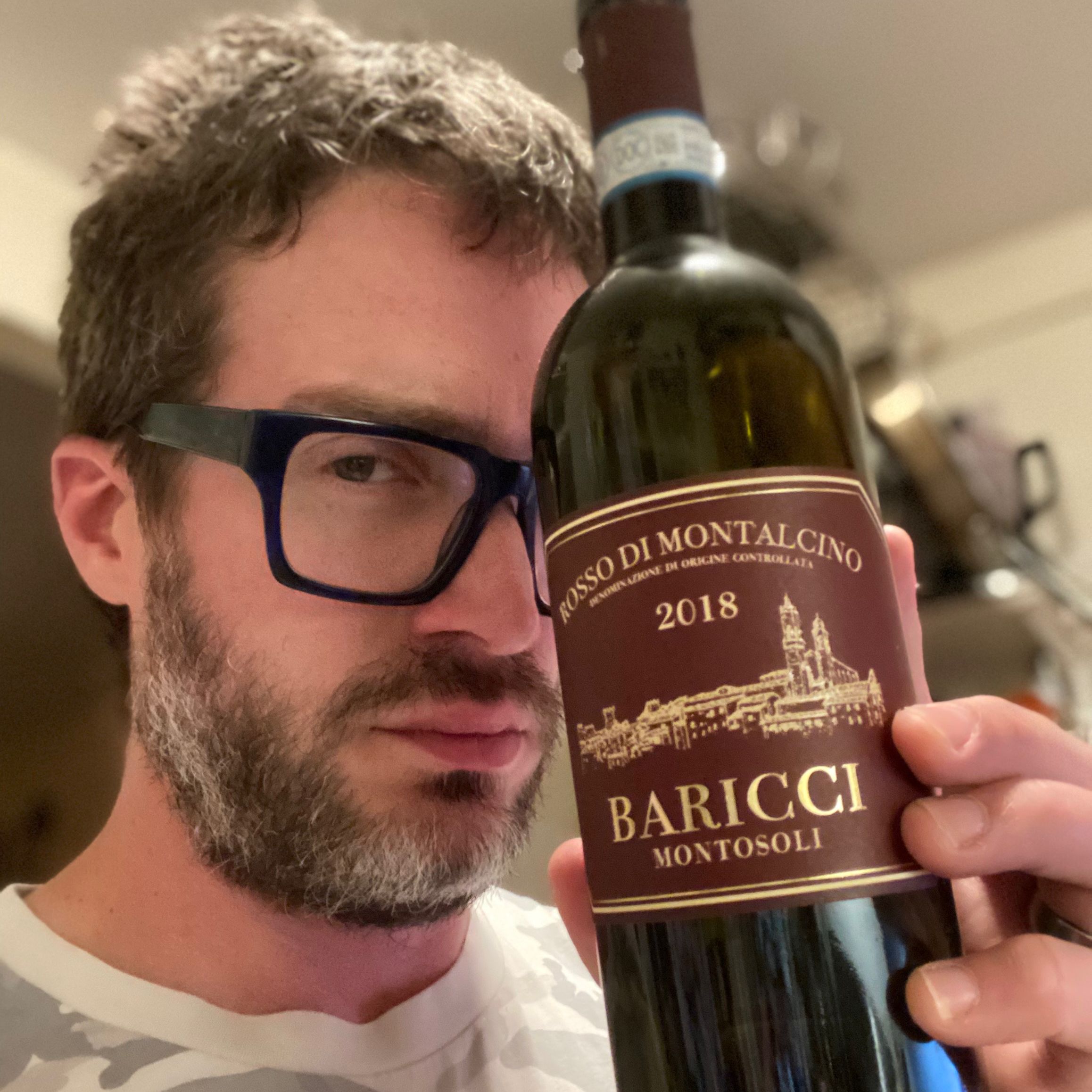 In early 2006, when I had just started working at the last wine shop I worked for prior to opening MCF, I was introduced to Baricci, one of Montalcino's true gems that, still to this day, flies under the radar in my opinion.

Baricci's 2004 Rosso and 2001 Brunello had just been released and, with eager anticipation, I'd purchased and socked away three bottles of each.

At the time, Baricci wasn't imported to the states and Nello Baricci, the legendary proprietor, really had no interest in discussing it, either.  It was almost entirely consumed locally, and everyone in Montalcino seemed content to keep the secret to themselves.

For someone with such a list of accomplishments to his name, it's a wonder that Nello, who passed in 2017, and his wines were able to remain so low-key.  His Grandsons Federico and Francesco are now taking control of things, and the quality and vision remain the same.

Anyway, I drank my last 2004 Rosso in 2011 one Saturday afternoon at the store when my friends Ryan and Steve had dropped in (this was back when it was just me at the shop, 7 days a week, so my 'weekends' were defined by the fact that Emily joined me on Sat/Sun, and sometimes friends would come by too).

It was a fabulous, dark, mineral-rich Sangiovese, with a beautiful savory streak running through every cranny.  As good as it was, I do remember a slight sense of sadness at knowing that it was my last bottle.  After all, while the Brunello is clearly a superior wine, one of the best examples of Barrici's utter genius is just how good and long-lived the Rosso is...more on that later.

Then, a year or two later, we were having dinner at my parents' house and I dug though my dad's wine fridge and pulled out two bottles, one mine and one his...both Brunello, and both 2001.

His bottle was a magnum of 2001 from another very traditional producer whose wines I enjoy very much (I won't say whose, just because) and the other was one of my remaining 2001 Baricci Brunellos.  Both wines were decanted for a good stint before we sat down and, when we did begin dinner, we started with the magnum of the 'other' one.  It was great - honestly everything you could ask for from classic Brunello from a classic vintage.  I was perfectly happy with it, and would be more than happy to drink it again any time.

However, as soon as I lifted my first glass of the 2001 Baricci to my nose, that other bottle was relegated to the second tier for the rest of dinner.  The Baricci, with its eloquent, hyper-fragrant bouquet, its powerful-yet-graceful texture and its unending depth and complexity, frankly, blew it off the table.

I'd have had the same sense of partial disappointment had I not had one more bottle of the 2001 sitting in my stash.

So, here we are, with the lean, nimble, incredibly precise 2018 Rosso (which even Federico and Francesco admit, is one of the best young rossi they can remember) and the deep, dark, potent-yet-refined 2015 Brunello, both of which are fabulous.

The deeply earthy, dark, and nuanced brilliance of the Brunello is quite obvious, I can't say enough about it.  The bottle I enjoyed leading up to its arrival continued to evolve gracefully over the course of the hours I had it open and, the glass or so that I revisited the next day was still going strong.  Even though it's not as muscle-bound as many of the '15s are, this is still going to age just as well, if not better, than any of them.

The 2018 Rosso, still so unbelievably fresh, linear and seemingly so delicate, almost grins slyly back at you each time you take a whiff or sip.  It's as if it's teasing you into thinking that it's about to spill its guts, but then swiftly closes back up.  If you squint your palate enough, inside the racy, bright-red Sangiovese fruit lay all manner of subtle hints of future complexities, but you're going to have to allow it some time.

I'm so excited to finally be able to sell these purest expressions of Montalcino to you all and, if there are any left, hopefully add to my personal stash again...so I don't have to feel as bad whenever it is that I open my last bottle of the 2001.