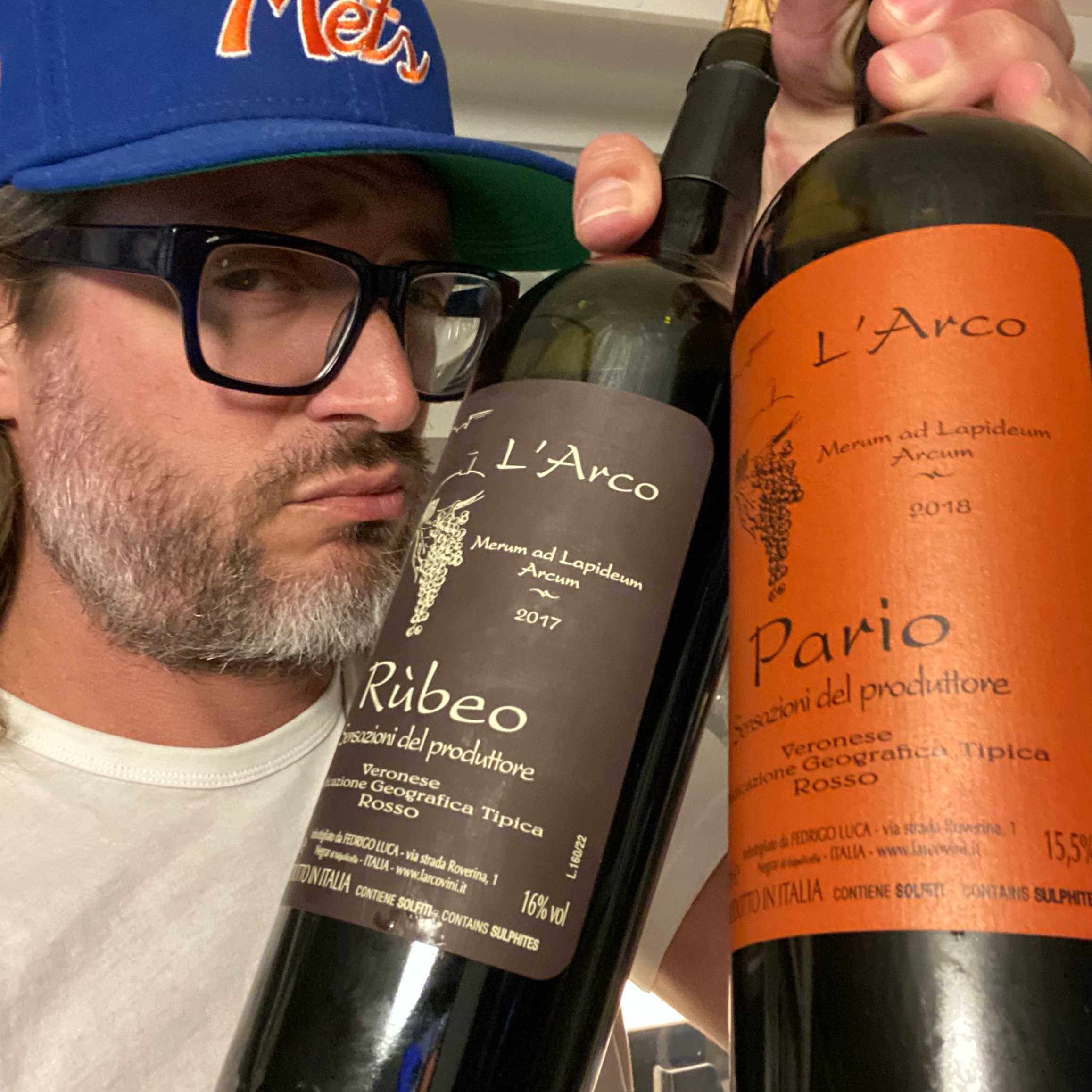 Well, here we are, tanned and refreshed and (hopefully) back from the Dog Days.

The kids are in school.

The Mets are still hanging on by a string to 1st place.

Hopefully you're all thirsty.

There's lots of good stuff on the horizon, but I wanted to start with something really special.

A set of wines that haven't been in the NY market for a decade, from a producer who I still can't believe hasn't become a highly-allocated unicorn.

Luca Fedrigo was a moto racer who fell in love with the granddaughter of the late great Giuseppe Quintarelli, the man whose wines define the Valpolicella Classico zone.  Through that relationship, and in an attempt to endear himself with the old man, he began working on the farm as a gardener.

Through that relationship, he fell in love with wine, and then with winemaking and worked for the master for years before eventually striking out on his own.

So, to call him Quintarelli's protégé is really true.  He's not someone who worked one harvest...he literally was Beppe's pupil.

If you ask him how he makes the wines, he'll say 'the same way he (Quintarelli) did...it's the only way I know how'.

If you taste the wines, I think you'll probably say to yourself, 'he makes them just the way Quintarelli did...'

I would say there are two major differences between Luca's wines and those of his mentor's.

One - he doesn't hold his wines back for quite as long as Quintarelli did, so they don't land with that unmistakable polish and depth, but are a touch more rugged and structured, though I do believe they'll make it to that point with a bit of down time.

Two - and this is the biggie...the price.  We're talking about wines that are a fraction of the price of Quintarelli's...so we have that going for us...which is nice...

His Rosso Veronese is a classic young Valpolicella blend that's stiffened up by the addition of some Sangiovese.  It's dark, juicy and spicy, but it finishes nice and dry.  A wonderful value at $31.

The Valpolicella Ripasso is where the Quintarelli-ness really starts to kick in.  It's darker yet, deeply complex, raisin-y and has the unmistakable texture of a 'baby Amarone'.  Absolutely lovely.

Then we have his two signature wines, which, any of you Quintarelli nuts out there will recognize as highly-influenced by the man himself.

The IGT Pario is 50% Ripasso and 50% Amarone, made in great but not stratospheric vintages.  It's the spirit of the Amarone, but in less expensive and more approachable style.  Very much the same idea as the Quintarelli's Rosso del Bepi.

The IGT Rubeo is 50% Amarone and 50% Cabernet Franc that has undergone the same passito process of Amarone.  Here we have a brighter, slightly herbaceous element that the Cab Franc brings, but also gives the wine an almost Port-like quality.  Luca believes it to be his most important wine and, as someone who always loved Quintarelli's Alzero, which this wine is so clearly an homage to, I would tend to agree with him.

Finally, the Amarone is, well...the Amarone.  Corvina, Rondinella, Molinara, etc., made from the raisined grapes and vinifed dry.  Deep, dark, powerful, insanely textured and chock full of exotic spicy character.  The ultimate wine of meditation for a cheese course on a cold night.  Again, and sorry for making so many comparisons to the master,  because I believe Luca's wines deserve to be revered in their own right, but Luca's ability to make such an elegant, balanced and supple wine in this style, when so many others make frankly undrinkable disasters out of it, is pure genius.

...so make yourself a recipient of said vengeance and get 'em while you can!

Looking for a wine you loved from a past newsletter or a favorite you can't find anywhere?  Email Raphael at raphael@mcf-rarewine.com, and we'll do our best to find it for you!