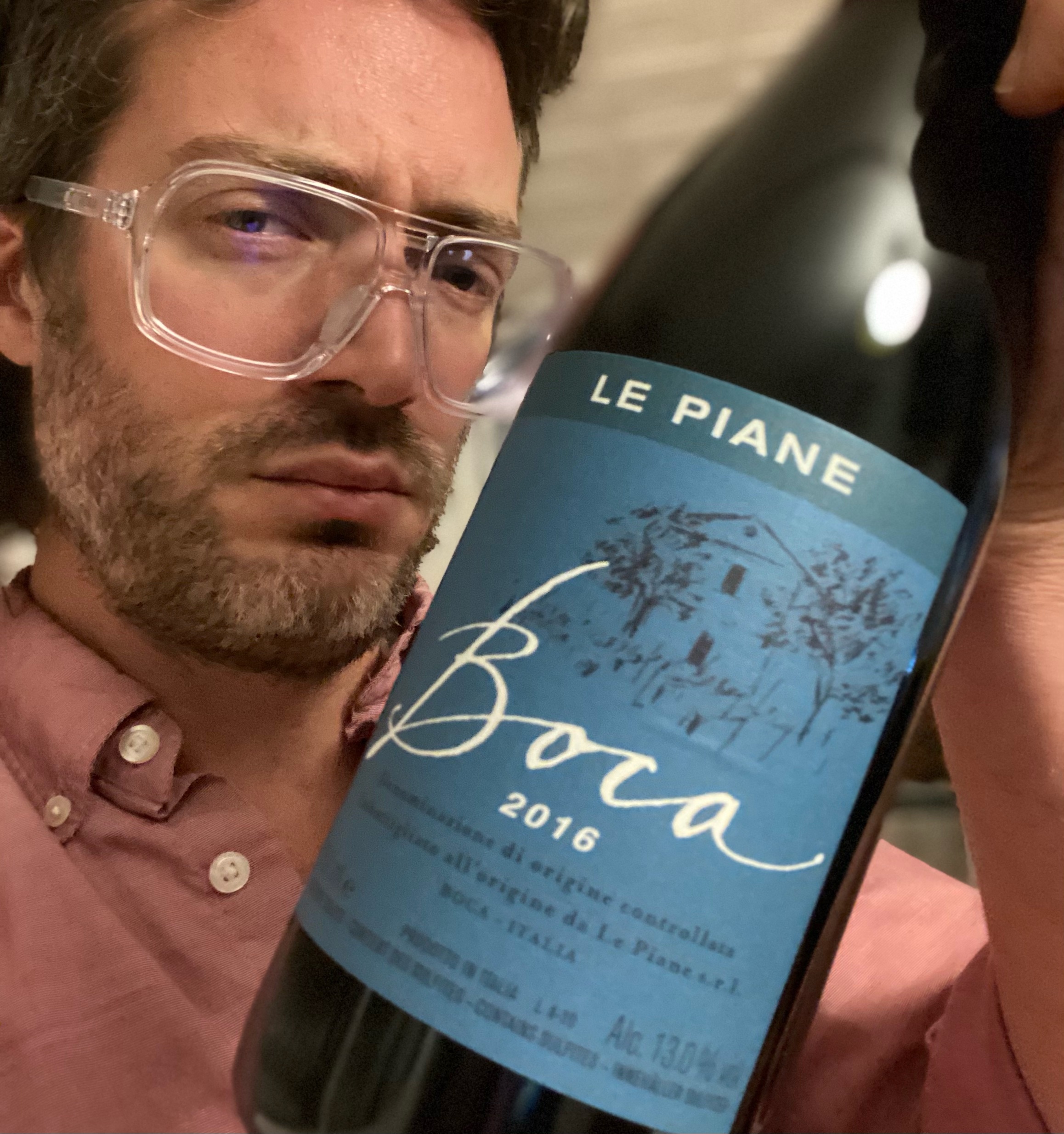 There was a time not so long ago where there were only a handful of wines that made it from the Northerly reaches of Italy to the US in any regularity and, outside of the hardest core wine geeks or the oldest of the old-school Italian restaurants, few people bothered to even sell them.

Names like Antoniolo, Vallana, Ferrando and, of course, Travaglini, really were the ones most people knew, if they knew any.

What we now call the Alto Piemonte category (or 'Mountain Wines' if you're feeling more casual) wasn't really, well, a category.

Rob Mackin, of Artisan Wines, Inc., an early adopter, if you will, of seeking out obscure and interesting wines since the days when 'Chinon' was an exotic term, has been rolling with an Alto Piemonte Legend for a long time.

Le Piane's Boca, truly one of Northern Italy's great wines, has been hanging in his book for as long as I can remember, though, it's one that I haven't really promoted in a while.

Given how much I love the wine, and how much these kinds of wines have taken off over the last few years, it's actually a little weird that I haven't featured it.

Well, hopefully we sell enough today to make up for all of that.  And, really, given how outrageously good today's 2016 Boca and Rosso Mimmo are, we certainly should sell a lot.

Oh, and I almost forgot to mention the back-vintage Boca that are available as well.

So what you have here is a really unique opportunity to a) buy a benchmark vintage of a benchmark wine (2016 Boca), along with b) some of its feisty and fun younger brother (2016 Mimmo) to enjoy in volume on many a casual night and, for good measure, c) some of its wiser older siblings, so that you have tangible proof of how good the 2016 will get if you let it grow up (aka keep your mitts off of it).

So, let's talk about them.

The Mimmo 2016 is a blend of Nebbiolo 65%, Croatina 30% and Vespolina 5%, and it is a juicy, lively, highly-aromatic, impossible-to-stop-drinking Fall red.  The bright-red fruits slowly wade into the darker, savory realm as the wine passes along your palate, ending in a zippy, herbaceous and yet-still-juicy finish that somehow makes your arm keep raising the glass toward your face.  It's the wonderfully savory profundity of Piedmont in an infinitely refreshing package!

Then we have the star of the show - the 2016 Boca, the one that's been carrying the torch for this appellation (and region at large) for a lot longer than it gets credit for, and it's an absolute paradigm of what makes this wine (and the region at large) so wonderful.

It's beguilingly aromatic, in the way that only high-toned mountain reds can be.  The bright red fruits and flowery spice on the nose are, alone, pretty much worth the price of admission.  On the palate, the cool, floral/herbaceous nuance combines with that classic, ineffable Nebbiolo soul, all wrapped around a chiseled, racy, infinitely compact mineral core.

The youthful austerity is going to take some time to unravel, but when it does, I expect this one to be absolutely fabulous.

And, just in case you'd like to have a bit of more 'ready to drink' Boca on hand whilst you patiently wait for this '16 to shed its vigor, the darker, juicier 2007 is just getting to its full stride, allowing the more subtle spice and stone to shine through even more.

The 2006, which has always been a 'wine with an edge', if you will, is going to thrill those who love them with lots of acidity and focus.  It is finally beginning to unwind, especially with a good, long decant.

Finally, there's the 2013 Boca, a wine that's quite similar to the 2016 in terms of focus and electricity, though definitely darker and more powerful.  The grippy tannins are just beginning to loosen, and the wine's more powerful elements carry them well, so, while it'll easily age for another two decades, it's really quite enjoyable now!

So, there you have it, a whole bunch of stunners from Piane that'll give you the chance to say (if only figuratively) -

'Yeaaah, I've been Alto-Piemonte-ing since before you were born!'