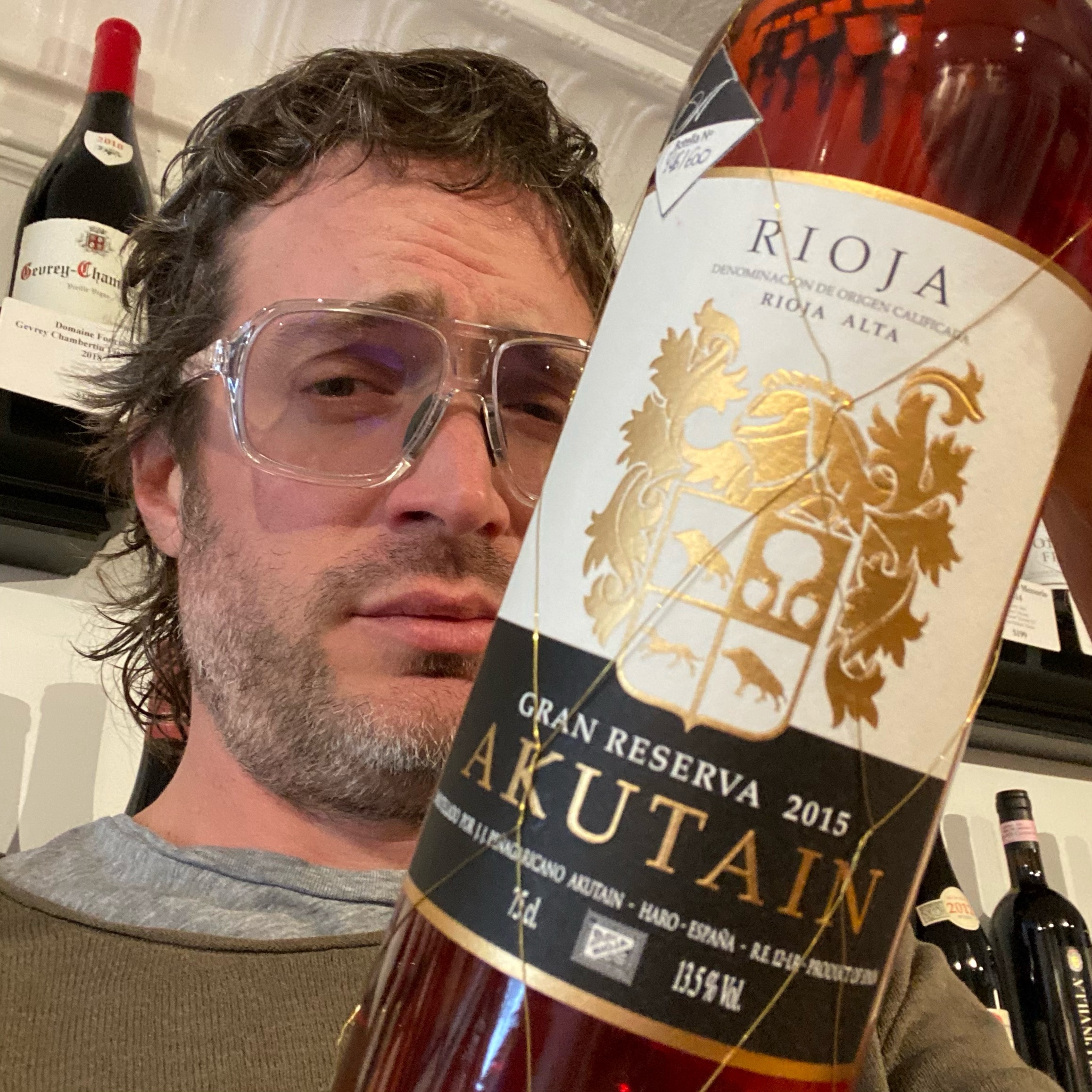 Akutain is a producer whose wines we've been happily selling here at MCF for years, and the reason is quite simple - they offer more genuine, old-school Rioja character for the money than just about anything else in the region.

The estate has existed since 1975, when Juan Peñagaricano Akutain planted his first vineyard near Haro, in Rioja Alta.  He later purchased an old horse stable that sat next to the vineyard, and converted it into his tiny bodega.

His desire was to make the most authentic examples of classic Rioja, while having complete control of the entire process.

These days, his son Jon is at the helm, but the philosophy remains the same -

Today's wine, the Rioja Gran Reserva Rosado 2015 represents their very first Rosado and, at the Gran Reserva designation, a rather ambitious first attempt, at that.

It's nothing short of fantastic, though.  The fruit hails from the 35 year old Gembres vineyard, their highest altitude site in Rioja Alta, and the same source for their Gran Reserva Tinto.

As a matter of fact, in terms of winemaking, there's almost nothing that's different between the GR Tinto and this Rosado, either.

They're both over 80% Tempranillo, with the rest being Garnacha.

They both spend three years in old American oak, and another two years in bottle.

They're both only made in excellent years, and they're both about as serious as Rioja gets.

The only major difference is the shorter soak time on the skins.

The end result is one amazingly delicious, mind-blowingly unique wine - the bright notions of dried fruits radiate from its savory, salty, smoky, earthy, rustic-yet-refined core, all of which is enveloped by the waxy, textured, nutty/oxidative mouthfeel.

It's truly extraordinary stuff, and is also amazingly versatile, too.  It's serious enough to stand up to big, meaty flavors, while also being bright enough for racier, spicier foods and, even still, it's nuanced enough for more delicate fare, as well.

In other words, it's perfect for right now...

...and you should probably get it right now, as well, because, as excited as I am to have it on the shelf, I really don't have all that much!

(and, if you're wondering...yes, I DO, in fact, believe that that other famous Rosado Gran Reserva...you know, the one whose price has skyrocketed over the last five years...has some serious competition...)