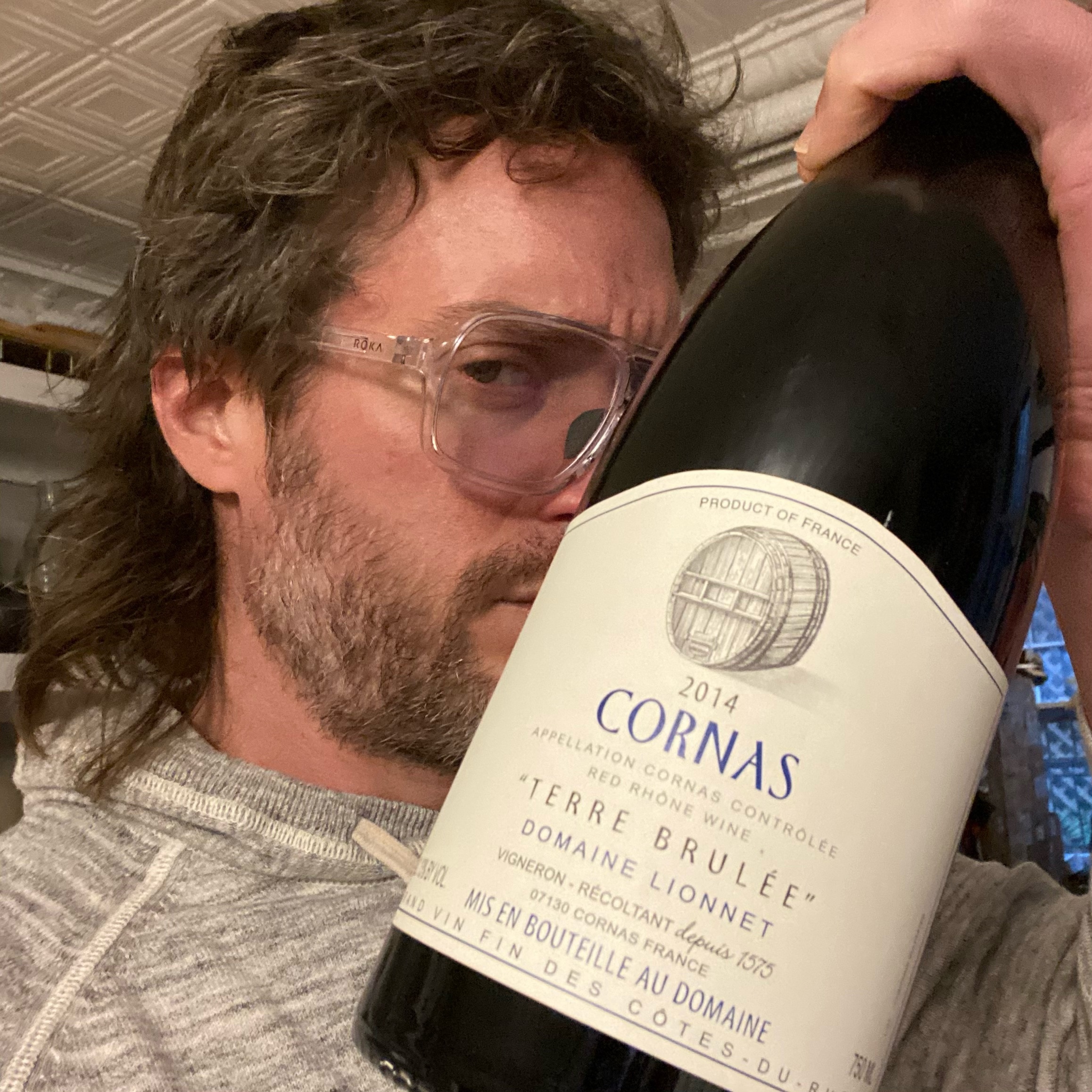 The stars were aligned...

...you hear that when people discuss prominent moments or encounters or events - how the timing, the situation, the mindset...everything was just right for a connection to be made.

Not to get all ‘woo woo’ on you on a Tuesday afternoon, or to talk about wine in the same context as life-changing experiences or historical events, but, as a guy who tastes wine for a living, and tries to figure out ways to work that wine into a lineup, and, ultimately, to meaningfully work that wine into the experiences of others, I can tell you with some amount of confidence, that sometimes it seems like a wine can ‘find’ you...

...you write up a run-on-sentence-heavy offer for it, hoping that your enthusiasm translates.  ;)

In all seriousness, though, it really does happen that way, and more often than you might think.

Sometimes a wine comes out of nowhere and bowls you over, and sometimes, as in the case with today’s wine, it’s one you’ve encountered several times with some degree of interest, and then it just clicks.

I’ve been circling around the Cornas of Domaine Lionnet for years now.  Each time I’ve tasted their classic, savory, feral, mineral-dense examples of traditional Syrah from this most singular of appellations, I’ve thought to myself, ‘I really need to do an offer for these...’

...but for whatever reason, it never happened.

Then, last week, Blake, my rep from Rosenthal (Lionnet’s importer), dropped in and asked if I had time to taste a few things.  I said I was in the middle of some work, and a coffee, so that I couldn’t, but if he wanted to leave me a few pours to taste later, that he could.

He pulled a few bottles out of his bag and told me to pick whatever looked interesting.  Among them was Lionnet’s Cornas ‘Terre Brulée’ 2014 and, having not tasted one of these in a while, I reached for it, and poured myself some, along with a couple others from his lineup.

A bit later on, as I was walking past the counter where the glasses were sitting, I stopped and decided to give them a quick go.  The first couple of wines were perfectly nice, but didn’t do much to pull me away from the other work I had on my mind.

On my first whiff of the Cornas, though, that all changed.  I was snapped into the moment, my focus shifted entirely to what was in the glass...

...after a few long, deep dives into the bouquet, I finally took a sip, and, well, the connection was complete.  It was all I could do to not sit down, ditch my busy work entirely and slowly savor the entire glass.

It was everything you could ask for from a classic Cornas - rich, wild, meaty, smoky, spicy, savory, and, most importantly for a Cornas, rustic and edgy.

One, it already had a good five years of bottle age on it, and, two, it was from a cooler vintage, one not known for its tannic structure, which is something that can get in the way of the ‘pleasurability’ of many a young Cornas, especially ones made in such a traditional style.

I couldn’t recall precisely the last time I’d had the 2014 Terre Brulée, but I knew for certain that this was the best, most in-its-wheelhouse that it’s ever been.

In fact, this was, in terms of openness and expression of complexity, the best bottle period of any vintage of Lionnet’s Cornas that I’d ever had, and it confirmed all of the suspicions I’d long held about how good their wines would be once they’d had a chance to mature a bit.

A few minutes later, Raphael came by to taste the glass I’d poured for him, and his three word reaction (‘Ohhhh...okay then!!!’) wholeheartedly seconded my enthusiasm.

Of course, none of this is to say that this wine is something you need to drink now, as I could easily see it improving for another decade.

With all that wonderful, musky, incense-y, animale character, though, I think you’re going to have a hard time keeping your hands off this one...

....when you’ve got something like a rich, smoky Cassoulet slowly turning to gold in the oven...

...the scents of which perfectly hang in the air as you lower your nose into a glass of this 2014 Terre Brulée, and both of the individually intoxicating bouquets alchemically bond into something even greater...

...and you rejoice in the moment, made even better when you remember that you got a SWEET DEAL on it today...

...because, sometimes, the stars are just aligned...