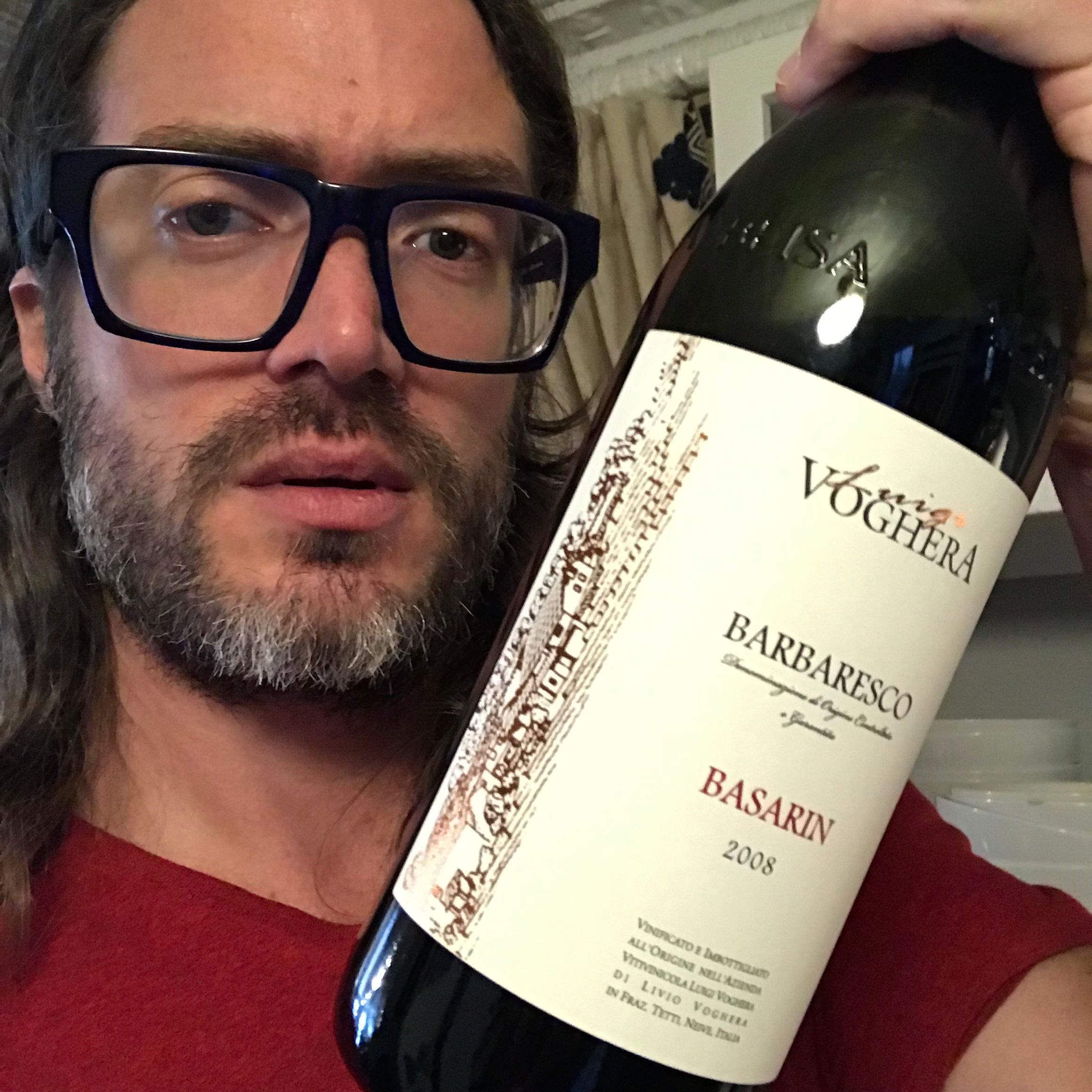 A Pair of Ready-to-Go Barbaresco

It happens every Fall...visions of a heaping bowl of rustic, hearty pasta (or some other such soul-warming dish) with perfectly delicious glass of Nebbiolo alongside it.

At any given time, food anticipation occupies a huge portion of my mental capacity, but it really takes over this time of year.

Perhaps it's some kind of obsession, but I'm okay with that...

So...just in time for the shift towards food/red wine prime time, a pair of delicious Barbarescos from two different vintages, each with their own appeal.

The Luigi Voghera estate has been making classic Barbaresco in the town of Tetti since 1974 and, while admittedly, this is a producer that I didn't have a ton of experience with, tasting these two Barbaresco Basarin 2007 and 2008 last week certainly got my attention.

2007 and 2008 are back-to-back vintages that kinda flew under the radar, which I've always found a little odd since they were both a) great vintages and b) offered two completely different takes on the beauty of Nebbiolo.

If you're wondering what the two 'completely different takes' I'm talking about are, here's the quick version.

2008, on the other hand, was a very classic vintage.  It was a cooler year and slightly more challenging than it was in Barolo, but the wines that turned out well (and this one certainly did) were aromatic, high-toned, restrained and wonderfully balanced...you know...classic.

So that's the story here - the brawnier 2007 Basarin is dark, rich and generous, with a wonderful, iron-y/mineral core and a broad, textured mouthfeel.  Being a proper Barbaresco, though, there's still great aromatic lift and energy at the edges.

The aromatic lift and energy are taken to another level, though, with the pretty, focused and detailed 2008.  It's still on the darker side of the spectrum in terms of the fruit profile, but the tannins are much finer and more precise.

There's great minerality here, as well, but the mouthfeel is so much racier and more elegant and, like any proper Barbaresco from a 'classic' vintage, it's all about the flowery, perfumed side of Nebbiolo.

It's not often that you can do a side-by-side comparison of a single wine, from two such different vintages, both of which are mature and showing wonderfully and offer a proper, if opposing, expression of one of the world's great varietals...

...and almost never do you get to do it for this kinda price!