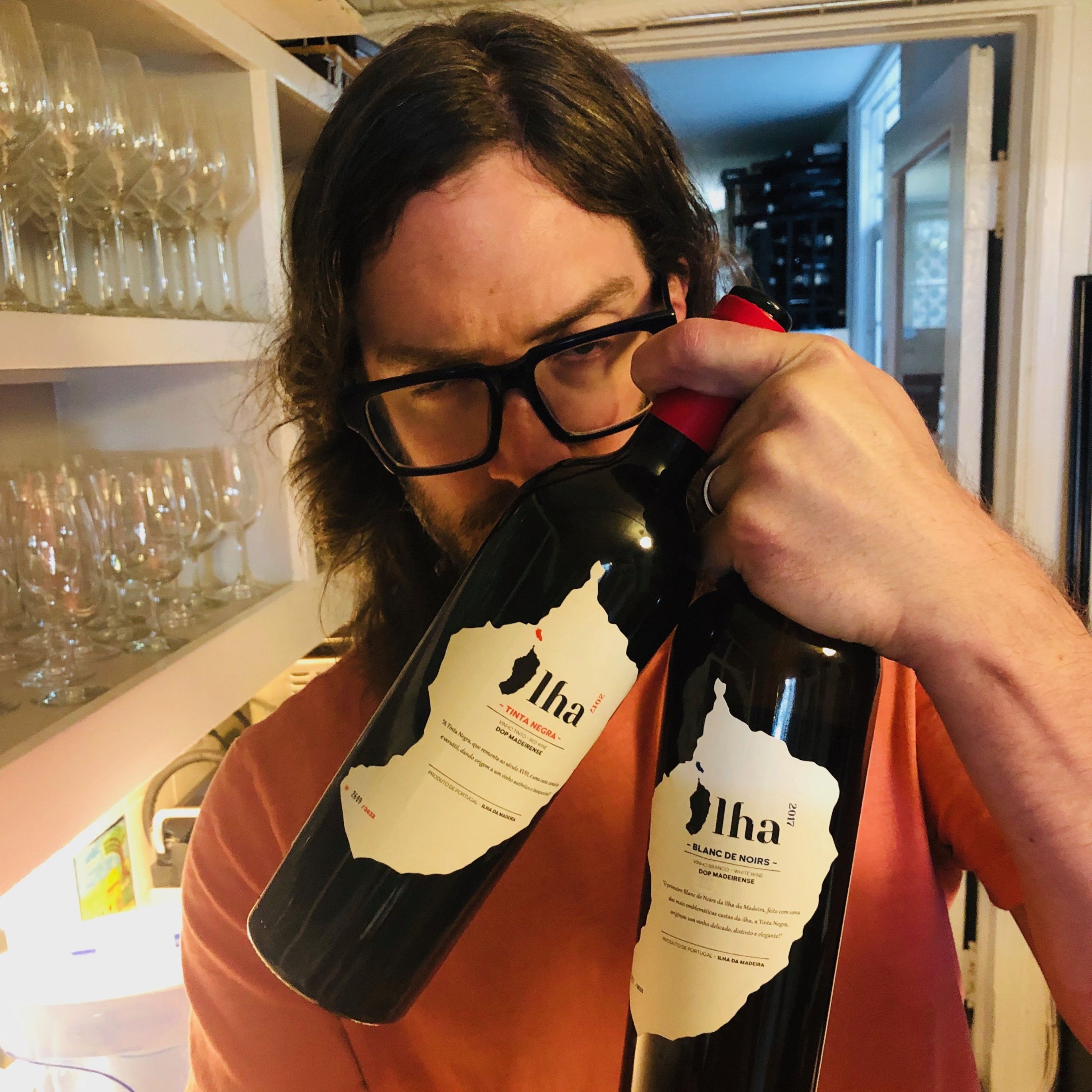 A Pair of Gorgeous Dry Wines from Madeira

Before I go any further, I should point out very clearly that by 'dry' I mean non-fortified still wine...ya know, just regular old wine, so don't be scared by the word Madeira...

Okay, with that squared away...

I'll admit that I certainly don't possess an encyclopedic knowledge of the wines of Madeira.

But I know enough to know that a DRY WHITE wine made from its most prolific RED varietal is certainly not something you encounter every day.

And that's what I encountered last week, along with its wonderfully drinkable dry red counterpart.

My pal Naama, intrepid bringer-inner of cool Portuguese wines, dropped in with something she was very excited about - a pair of fantastic dry wines from a tiny project called Ilha, dreamed up by a young (I believe the youngest in Madeira) female (one of the few on the island) winemaker named Diana Silva.

While I'm sure that Diana was probably told that such an idea was crazy, I have to say that, from my point of view, it was a stroke of genius.

The 'Blanc de Noirs' as she calls it, is made of 100% Tinta Negra, vinified white, and it is flat out delicious.  Picture one of those super-crisp, briny/mineral/savory whites from a place like Liguria or Santorini that are so insanely seafood-friendly and endow it with a slightly oilier texture and give it an exotic floral note on the nose and just a kiss of that Sake-like nuttiness on the palate (just for good measure).

That will give you a pretty good idea.

Every Summer, there are usually one or two whites that dominate my table, and I have a feeling this will be one of this year's.

To me, it just seems endlessly versatile.

Then we have the wonderfully genial Tinta Negra (the red).  This solidly medium-weight red is bright and fresh, with a great transparency to the flavors.  Picture the general feel of a top quality cru Beaujolais, but give it a bit more stuffing, a streak of volcanic minerality and a deeper, very Iberian intensity to the fruit.

It's another perfect red for the changing seasons - refreshing enough to put a chill on, but substantial and complex enough to stand up to bigger flavors.

Truthfully, I've never thought all that much about dry wines from Madeira, let alone tried many, but these two beauties have certainly grabbed my attention.

Perhaps Diana is on to something big.