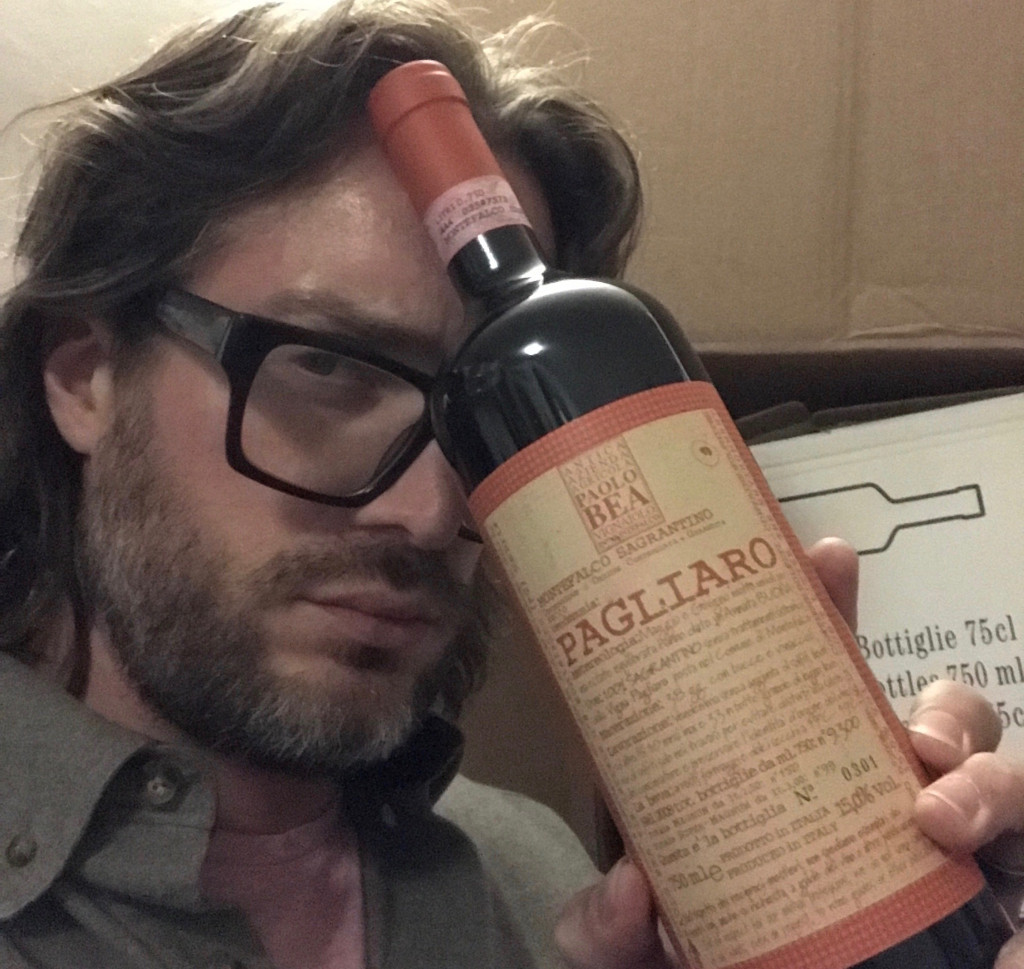 A Fresh Drop of Paolo Bea (is arriving next week...)

As a wine merchant, wines like this set from Paolo Bea occupy a some rarefied air in your lineup.  They basically check every box you can ask for.  They are -

A- Serious
B- Ageworthy
C- Totally Natural
D- Adventurous in style
F- Unique in flavor
D- (here's the paradox) Wines with a HUGE breadth of appeal...

In other words, these are wines that the hardest of hard-core traditionalists/wine geeks hold in very high regard, but they are also wines appeal to even the most casual of wine drinkers.

While there are plenty of other producers who you can say accomplish that feat, nobody does it quite like Bea.  In fact, in the decade-plus that I've been selling the reds, I still have yet to meet someone who doesn't like them (the whites wander a bit further down the 'quirky' path).

So, while this 'checks every box' character makes them a lot of fun to sell, it's also a recipe for scarcity.

As the appeal keeps growing, the allocations keep shrinking...

Despite that, I'm still refusing to move them into the 'I Don't Get Enough For The Newsletter' category...at least for one more release.

So here they are, the latest batch of wines from Genius of Montefalco, including the reds from 2011, a new white called Lapideus and the always anticipated Vigna Cerrete from 2010.

Umbria Bianco Lapideus 2015
This is the newest addition to the Bea lineup, a 'skins white' made from a single parcel of 80-year-old Trebbiano Spoletino vines that, despite the 35 days it spent on the skins, somehow manages to be rather lean and focused.  If it's possible to imagine a fresher, speedier version of Bea's Arboreus, that will get you in the ballpark.  It's edgy and lively, but still shows all the crazy, exotic and savory nuance you expect from a Bea white.

Rosso de Veo 2011
The 'Veo' began life as the 'Bad Vintage Cuvée' for 2002, where when faced with a tremendously challenging crop, Bea decided to just select the best fruit from all of his red grapes and make one single wine, which he sold at a modest price.  Then, in 2005, it re-emerged as the 'baby' Pagliaro, if you will, after he replanted some of his Sagrantino vines.  It's 100% Sagrantino from these young vines and, despite the steady creep in price, still represents a relative value.  Think the dark, dense, shapeshifting character of the Pagliaro, in a less imposing package.

Montefalco Rosso Riserva Pipparello 2011
Once the overlooked wine of the lineup (something I attribute to the fact that it used to be a lot more expensive), I can now say that Pipparello might be the most popular wine of Bea's.  Sangiovese, Montepulciano and a touch of Sagrantino that spent 2 years in steel and 2 years in (very) large Slavonian oak, this is, as always, dark, powerful, concentrated and intensely mineral.  While it's never as exotic as the Pagliaro, it is, in its own right, a remarkable wine worthy of its own discussion...one that doesn't revolve around it being Pagliaro's 'little brother'.

Montefalco Sagrantino Pagliaro 2011
This is the flagship wine of Bea, the one that made them and (let's face it) Sagrantino famous.  In 2011, we see a master's handiwork, as Bea expertly managed the warmth of the vintage and made a wine that, while massively powerful and dense, is somehow still full of energy and (even more somehow-y) still has a great sense of focus.  The dark (DARK) fruit is attacked from all sides by spice, herbal notes and that meaty, savory depth.  The 2011 is destined to give other legendarily massive vintages of this wine ('01, '07, '09) a run for their money.  Yeah, it's 15%...but it's still a Bea.

Montefalco Sagrantino Cerrete 2010
In perfect contrast to the hyper-dense 2011 Pagliaro, we have what might be becoming the most sought-after wine in the Bea lineup - the Sagrantino Cerrete 2010.  If the Pagliaro is a Grizzly, this is a Cheetah - still a wild animal, but refined, fleet-of-foot and very graceful.  The fruit for Cerrete comes from...well, Cerrete, that is a single, high-altitude plot.  This thrilling expression of Sagrantino is another great example of how a different piece of dirt yields a very different wine.  Any time Cerrete is in the shop, it's cause for excitement.  Get excited!

PLEASE INQUIRE ABOUT LARGE FORMATS OF PAGLIARO AND CERRETE.

I will do my best to make sure everyone gets what they want, but these are all very limited in quantity.