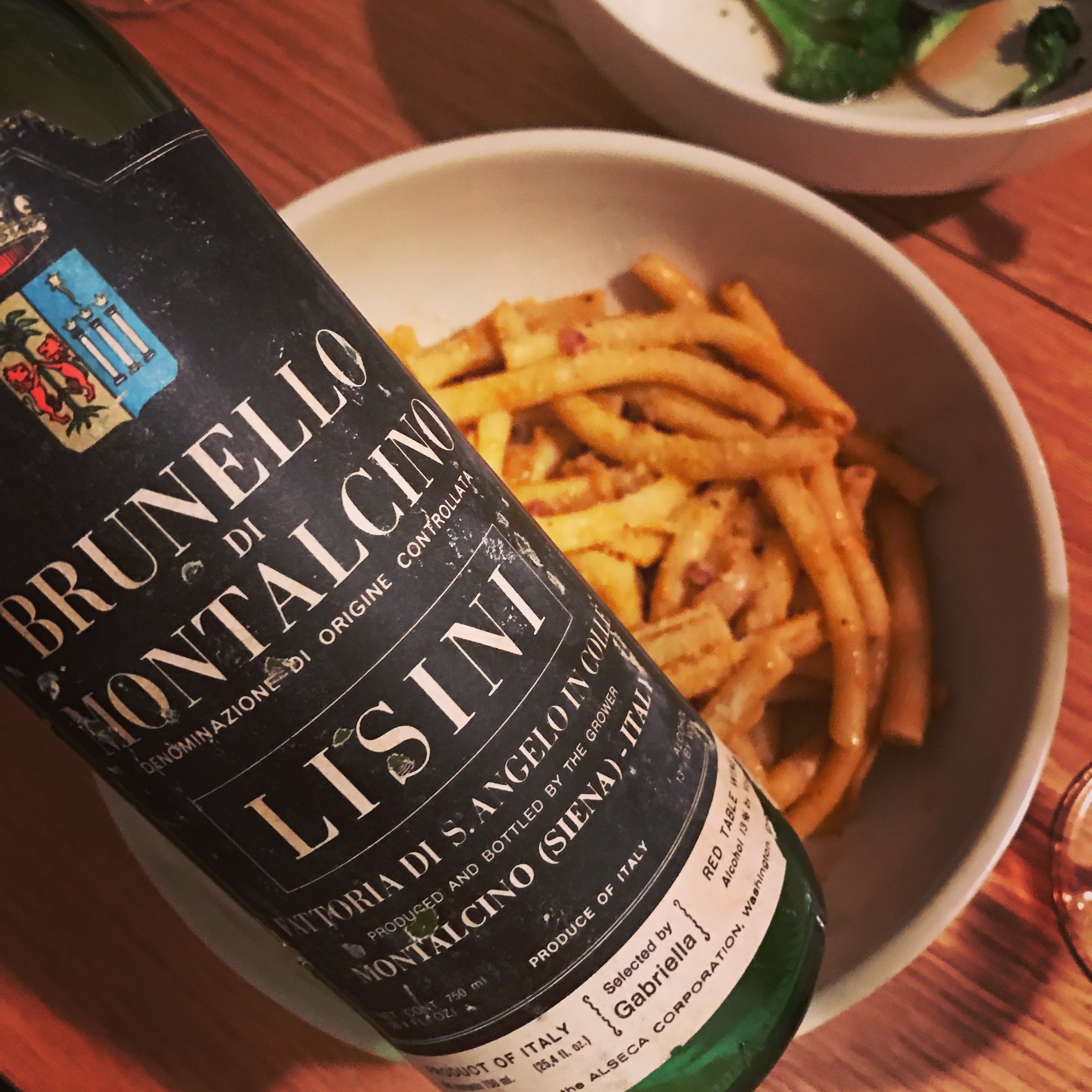 There are two producers whose Brunello I sell in just about every vintage - Il Poggione and (today's) Lisini.

There are other producers who could be on the 'Every Year' list, but these two check most important boxes in my book.  They're both as good an example of classic Brunello that you'll find and they are both tremendous values.

It's no surprise, I suppose, that they're also the ones we sell the most of.

The main difference?  Poggione is slightly denser and more polished, while Lisini is even more firmly traditional.

But this hugely important offer is about Lisini, so enough about Poggione for now.

I have been back and forth in my head all week about whether to make this two offers or just serve it up together.

If I busted it up, then a) I get two newsletters for the price of one, which means I have less stress and agitation about what to write about next and, more importantly, b) people don't have to feel overwhelmed with so many decisions to make with one purchase.

But, ultimately, I decided that when there's this much good stuff to go around, why hold it back?

Plus I'm really excited about the whole lot...so, let's get to what exactly the 'good stuff' is...

First, we have the arrival of the 2013 Brunello di Montalcino of Lisini, the highly-anticipated and highly delicious wine from the celebrated vintage.

It's a classic, classic Lisini.  It has a dark, iron and mineral-laden Sangiovese profile that, while serious and tightly wound, is also highly aromatic and nimble.  It's the perfect combination of angular structure and flowery lift, in other words, it's classic...

...the kind of Brunello that 'wine people' love, and one that's going to age beautifully.

And how beautifully?  Well, for what it's worth, a client of mine had gifted me a bottle that we think was a '78 (the vintage tag had fallen off, but Carlo Lisini concurred with our guess when I showed it to him) and it was lovely, but you can use the OTHER PART OF THIS GREAT OFFER to judge for yourself.

That other part is a HUGE LIST OF BACK VINTAGES from 1995-2000 of both the Brunello and their single-vineyard Brunello 'Ugolaia', which is their top wine and one of my all-time favorite bottlings from the region.

See below and ACT FAST on the library wines.  There are nice quantities of each one, about as much as one could hope for from an offer of this nature, but I think there will be quite a frenzy.

Typically, a list like this would be sold through one-on-one emails, but today I want to spread it around because of said 'decent' quantities.

- The 2013 Brunello is here in NYC and should be ready for collection/delivery in the next week or so.
- ALL VINTAGE WINES are coming direct from Italy and will arrive August/September.