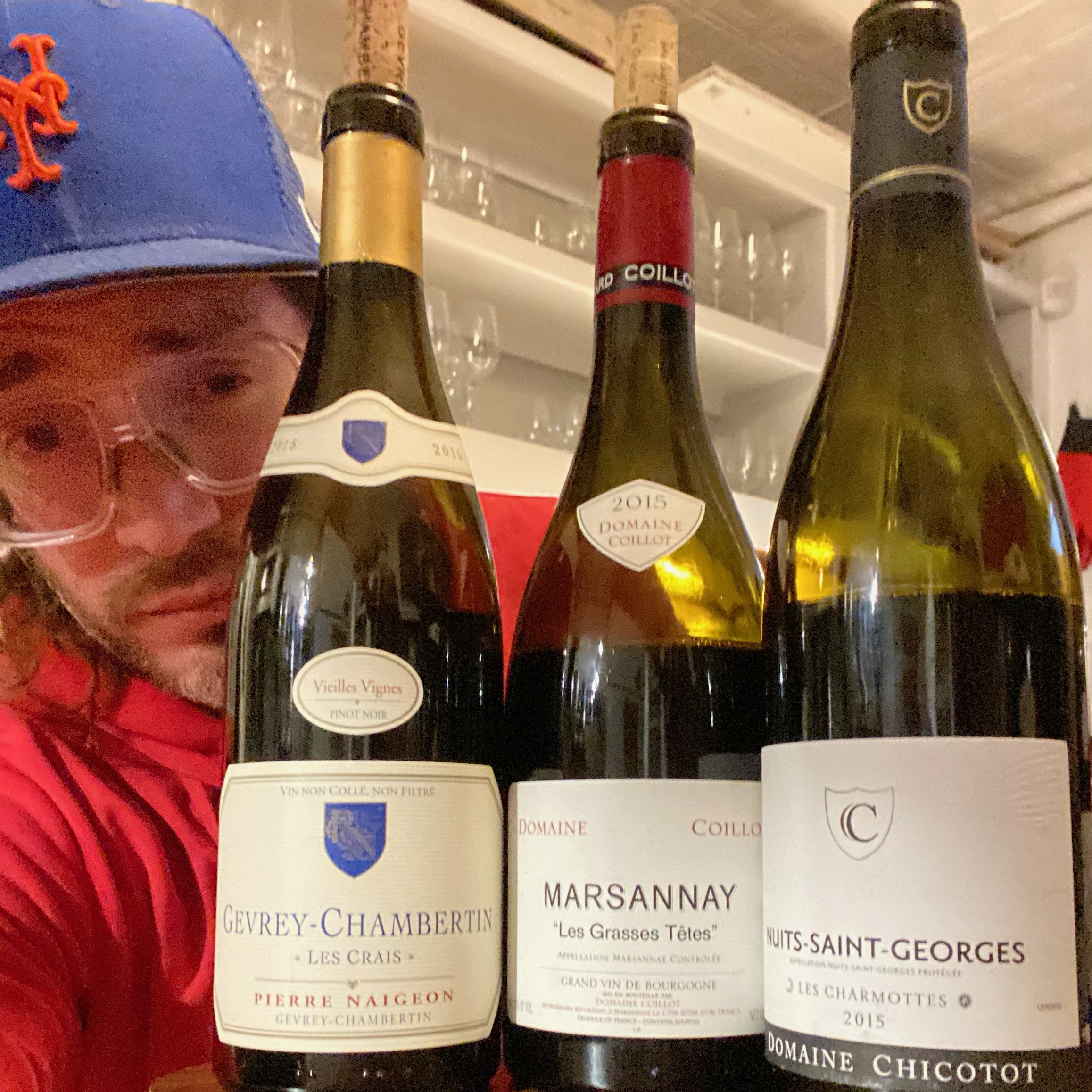 The other day, I was tasting through some Burgundies with Michel and Adam from AP Wine Imports.  Michel is my rep, and Adam is the 'A' in AP.

His father owned a distribution company in Boston, and, through his upbringing and subsequent years working for some of the major distributors in NYC, Adam has used that experience to build a nice book.

He has intimate knowledge of French wine and the ins and outs of how the game works in Bordeaux and, even more so, in Burgundy.

And one things he's shown no fear of, is the largely thankless job of representing little-known producers from Burgundy.  I say 'thankless' because, as I've mentioned many times before, selling Burgundies from producers who don't have a reputation is difficult work, to put it mildly.

When, as an importer, you take on a producer from Burgundy, you're not just taking on one or two wines, you're taking on many...and you're buying them in every vintage, for the most part.

Then, when you think about the fact that Burgundy is generally (and often quite) pricey, it means that people tend to have even less of an appetite to take a flyer on something, which I totally get, too.  So you're often sitting on multiple wines from multiple vintages, hoping that one of your producers gains a bit of momentum.

But, since I'm always of the mindset that the real work of a wine merchant is to guide people in the direction of undiscovered gems as much or more as it is to deliver them the most collectible, or consensus-driven things on the market, whenever the AP folks are out with a bag of Burgs, I'm always up to taste.

So, on this day, they brought by a whole range of lovely wines, any of which I would have gladly bought for the shop.  I was, however, particularly struck by the three reds in the lineup from the celebrated 2015 vintage.

All three wines were from different producers, none of whom I'd consider to be very well known in the US.

All three of them were also delicious - settling beautifully into that second stage of life, where the primary fruit and acidic structure has started to calm down and the complexity is just beginning to emerge.  (Which also means they have at least 5-7 years of prime cellar life ahead of them, too.)

Each wine was from a different village, giving them unique character with respect to each other.

Finally, and perhaps most important, all three of them, to me, also represented great value.

And, since I'd recently done both an email about cellaring on a budget, I thought a cross section of well-priced and highly delicious 2015s would be a lot of fun.

Because, really, what about 'well-priced' and 'highly-delicious' doesn't sound fun??

Christophe Coillot does beautiful work in Marsannay, and does so in as 'hands off' a manner (sustainable farming, no pesticides, no herbicides, no cultivated yeasts, no chaptalization, etc.) as possible, and, having tasted a number of his wines in the last year or so, I'm finding that I really like what he does.  This beautiful wine balances the dense richness of both Marsannay and the 2015 vintage with the soft, supple generosity and deeper earthy/mineral elements that we all look for in a great glass of Burgundy.  It's the 'sexiest' wine of the three, for sure, but it's immensely enjoyable and has a good life ahead of it, too.

Pascale Chicotot's tiny, certified organic estate in Nuits is another one to keep an eye on, and this is a great example of why.  While the reputation of Nuits St Georges is one of burly, fiercely structured wines, her deft hand proves that perfumed and, dare I say, elegant NSGs are not only possible, but beautiful, as well.  The firm backbone you expect from a Nuits is certainly quite present, but there's a refinement to it that I find refreshing and lovely.  With time, that firm backbone will integrate further, allowing even more nuance to emerge.

Naigeon is hardly a 'small' estate, nor is it particularly new by any stretch.  It's been in existence since the late 1800s and has extensive holdings in Gevrey and throughout the Cote de Nuits, though I would still say that it's largely off the radar of the US Burgundy market.  What I loved about this one, though, was just how very Gevrey it was in its fragrant, savory and somewhat surly nature.  Even though riper vintages like 2015 aren't as well known for transparency of terroir, especially when young, this was just a perfectly frank glass of classic delicious Gevrey that's offering a whole lot of personality now, and there's plenty more nuance to expect in the years to come.