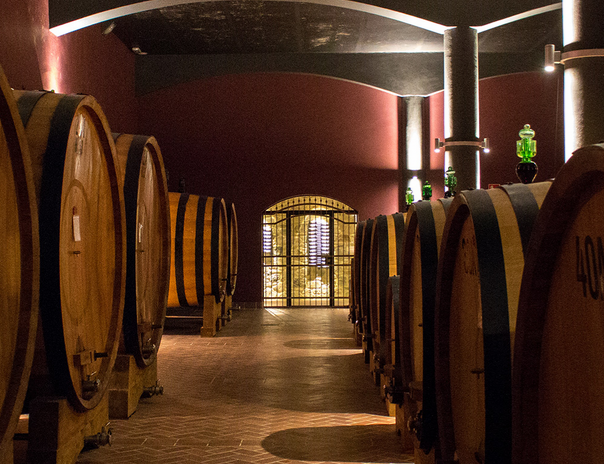 I'm breaking up your Tuesday morning with the first wave of 2015 Brunello di Montalcino - a robust, strapping vintage of one of my favorite wines.

And I thought I'd kick the party off with a one of my favorite classics, in Caprili, and one that is probably my favorite of the 'not-entirely-traditional-but-still-authentic-and-delicious' category, Siro Pacenti.

(and yes, that's a real category...I know because I just created it...)

Caprili, literally one of Montalcino's old guard (they were founded in 1965), is one of the most traditionally produced wines in the appellation - ambient yeasts, spontaneous fermentation, three years in large Slavonian oak...the usual, old-school regimen.

The wines are firmly structured, yet at the same time, precise and elegant.  They always emphasize the herbaceous, mineral, iron-y/leathery elements, considered so characteristic of classic Brunello.

This 2015 from Caprili is a wonderfully fresh and vibrant expression, with fantastic aromatics and classic, rustic earth.  In addition to being a textbook old-school producer, Caprili can also be referred to as under-the-radar, as well.  At just $44/btl, it's a hell of a deal.  I've resisted all temptation to stash some away before all of you have had your shot...really...

Then we have Siro Pacenti, whose wines, while not technically 'old school', are absolutely delicious, and their 2015s are already receiving a ton of attention.

The Brunello di Montalcino Pelagrilli 2015 is terrific.  Aged in French oak, roughly half of which is new, the wine definitely showcases the more generous side of Montalcino, but, underneath, there's still plenty of the rustic structure, spice and mineral elements to make it unmistakably Brunello.  There's great depth locked up in the firm, polished tannins, and, in a vintage like this, it's not going to take all that long to emerge...which is nice...

Then we have the super sexy Brunello di Montalcino Vecchie Vigne 2015.  Considered their top wine, it's certainly the one that tends to garner the most critical praise and widespread appeal, no doubt due to its more voluptuous style.  Even though, if pushed, I'd prefer the Pelagrilli's rustic-side-of-luxurious take, the VV is a lovely, seductive wine, especially if you give it a few years to let the remnants of new oak at the edges dissipate, allowing all of its Montalcino character to shine through.  I guess you could call this one my guilty pleasures?

If the Caprili is an old Ferrari (all class and fine, succinct lines), and the Pelagrilli is a new Ferrari (same spirit, but with modern mechanics inside), I suppose the VV would be a Lamborghini...fast, powerful, loud and, yes, just a bit ostentatious...but something I'd gladly take a spin in any time.